Drew Brees Is Taking A Surprising New Career Path, And All Signs Are Pointing Toward Hollywood 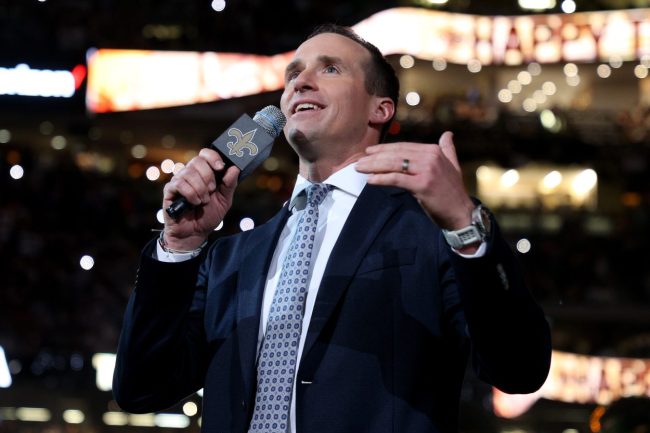 He also still holds the record for most-consecutive games with a passing touchdown with 54.

Since retiring, Brees has been plenty busy. He worked as a color analyst next to Mike Tirico on NBC’s Sunday Night football throughout the 2022 season. Brees’ broadcasting career had relatively mixed reviews and he left the position after NBC reportedly “soured” on him as a color analyst. That led to speculation that Brees might make a return to the NFL. But ESPN’s NFL Insider Ed Werder quickly shot down any chance of a return.

So, what’s next for the future Hall of Fame quarterback? Brees sat down with with CBS Sports reporter Cody Benjamin and discussed just that.

After teasing he'll go back "under center in a movie," Brees hints a film is already in the works.

One quote in particular about what Brees plans to do next jumps off the page.

“Well I don’t think I’ll be taking a — well, how about this? How about I take a snap under center, but in a movie?” Brees said to Benjamin. “How about that? Then I can accomplish both.”

Benjamin then asked if there was a movie in the works, to which Brees gave a pretty cheeky answer.

Both Kurt Warner and Tom Brady have recently had movies about their career. Could Brees be next? I guess we’ll just have to wait and see.