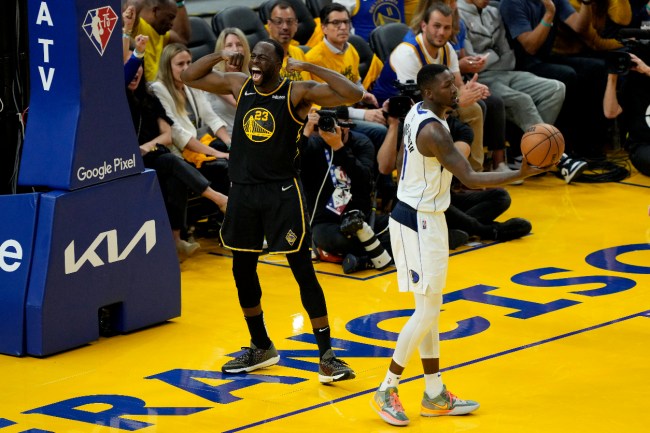 The Golden State Warriors completed a marvelous turnaround in the 2021-2022 season. After losing in the NBA Play-In Tournament last year, Golden State has clinched a spot in the NBA Finals after defeating the Dallas Mavericks in five games. On Friday, Draymond Green made sure to bring out the receipts, including one specific clip from Colin Cowherd.

.@money23green kept the receipts on @colincowherd and everyone else ✍️ pic.twitter.com/eW3dlin9AR

Green wasn’t afraid to bring out the clip and did so in typical Draymond Green fashion. The past few seasons have been rough for the Warriors — as Green mentions — but getting back to the NBA Finals makes all of those struggles worth it.

Prior to the season, many doubted the Warriors, for some reason.

Draymond Green exposes Colin Cowherd and others for doubting the Warriors

In hindsight, it was easy to overlook the Warriors and count them out. The Phoenix Suns had just put together a marvelous run to the NBA Finals. The Los Angeles Lakers, Utah Jazz, Dallas Mavericks, and others all looked to be strong contenders in the Western Conference.

Both Stephen Curry and Klay Thompson were coming off injuries, and questions remained about the remainder of the roster.

After the Warriors won the Western Conference title, Green couldn’t help but express the importance of the victory.

"We here. We BACK!"@Money23Green on the @warriors "special" journey to the #NBAFinals presented by @YouTubeTV. pic.twitter.com/rxaD0B4yd2

“No one thought we would ever be back here.” That is what Green said following the victory.

Prior to that, Draymond went in on those who doubted Curry, Klay, and Green himself.

Yet, here they are, just four victories away from another NBA championship and nearing the conclusion of one of the best dynasties in all of sports.