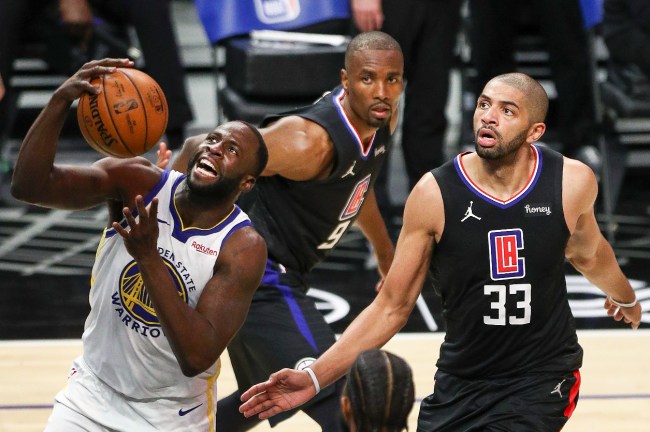 The red carpet glistened, the lights shone bright, and the stars came out in full force. The ESPYs usually give us some hilarious moments, and the 2022 edition was no different.

The athletes came out and receive awards, and the Golden State Warriors were still celebrating their 2022 NBA title.

When Stephen Curry was on the stage, his teammate, Draymond Green, made sure to troll the Clippers in a hilarious way. Let’s watch this golden moment from Draymond.

"I'm live from LA, home of seven professional teams… and the Clippers."

That is a massive burn from Draymond, and the Warriors forward must have had that in his back pocket for quite some time.

What makes this even more hilarious is that Draymond was singing the Clippers’ praises not even a month ago.

.@Money23Green thinks the Clippers are “a threat and a problem.”

Draymond Green might be reminded of this during the 2022-2023 NBA season, especially if the Clippers make noise, as many expect them to. Adding John Wall sent shockwaves throughout the NBA, and Kawhi Leonard’s eventual return should have the Clippers as a threat in the Western Conference.

Clippers fans are already preparing to throw this back in Draymond’s face.

Nonetheless, this was one of the best moments of the night from Draymond, and Clippers fans will surely bookmark this for their records.