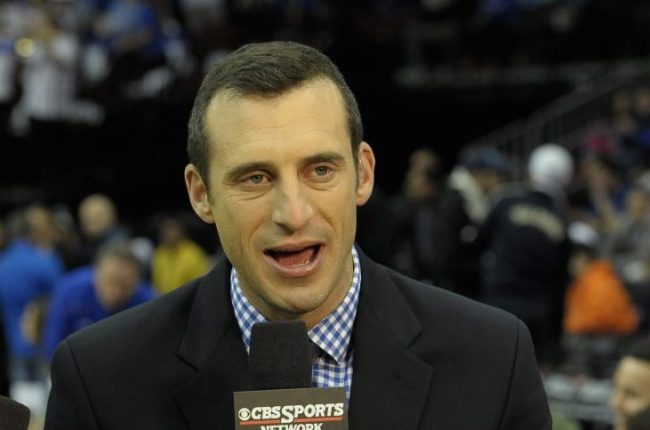 That is, everybody except Fox Sports Radio host Doug Gottlieb. Gottlieb broke that rule in a major way on June 29 when he dropped this stunning bombshell on Freddie Freeman and the Atlanta Braves.

Casey Close never told Freddie Freeman about the Braves final offer, that is why Freeman fired him. He found out in Atlanta this weekend. It isn’t that rare to have happen in MLB, but it happened – Close knew Freddie would have taken the ATL deal

Freeman fired agent Casey Close and left longtime representative Excel the day prior to Gottlieb’s tweet. The news came shortly after the star first baseman’s emotion return to Atlanta. While Freeman’s negotiations with the Braves and eventual departure for the LA Dodgers took many turns, everyone involved denies Gottlieb’s account.

No one more so than Close himself, who has fervently defended himself and had superstars such as Derek Jeter come to his defense. Now Close is taking legal action, suing close for libel according to a report from ESPN’s Jeff Passan.

Agent Casey Close sued radio host Doug Gottlieb for libel Thursday, alleging in a complaint that Gottlieb defamed him and Excel Sports Management in a tweet regarding the contract negotiations of Dodgers star Freddie Freeman, according to court documents obtained by ESPN.

Passan’s report says that Close’s representation attempted to settle the matter out of court, but that Gottlieb was unwilling to do so.

“In a statement, Close said: “Although we gave Mr. Gottlieb an opportunity to retract his false statement, he failed to do so. The Complaint sets the record straight as to what occurred during the negotiations with the Atlanta Braves.”

Close’s complete also states that Freeman turned down three offers from the Braves: one on March 29 (2021), one on Aug. 1 and a final one on Aug. 29. Close then proposed two offers to Atlanta, both of which were rejected. Freeman then signed with the Dodgers on March 17 (2022) for six years and $162.

The agent’s lawyers offers the following statement to ESPN:

“Doug Gottlieb’s statement — Casey Close, a respected member of the sports agent community for over 30 years, did not communicate a contract offer to a client — is not only wholly false, but also is an attack on the character of Mr. Close and his highly reputable agency, Excel Sports Management. Such reckless misconduct by Mr. Gottlieb will not be tolerated.”

Gottlieb has not yet addressed the suit publicly.