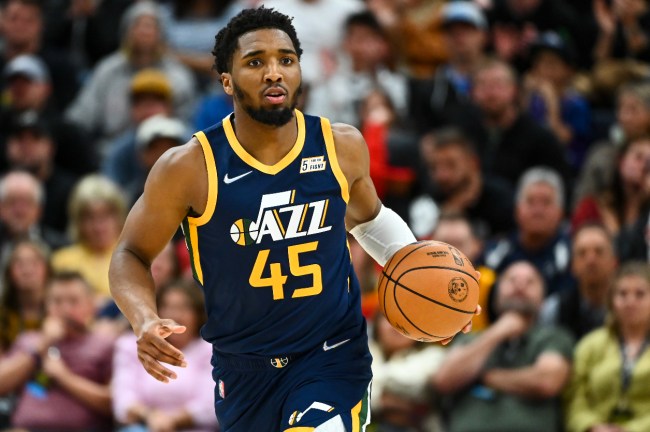 The Utah Jazz stunned everybody by trading away Rudy Gobert for a ton of picks and players. Then, star guard Donovan Mitchell insisted he would ‘stand pat’ and remain with Utah.

Then came reports of the Jazz taking calls on Mitchell, and the New York Knicks and Miami Heat emerged as options for the former Louisville star. Knicks fans have been waiting a long time for Mitchell to head to Madison Square Garden, and the two sides even discussed a deal at one point this offseason.

But Brian Windhorst of ESPN is bursting everybody’s bubble lately, and this latest update from Windy doesn’t bode well for either franchise.

There you have it. According to Windy, the Mitchell trade is heading toward a “stalemate.”

This likely means Mitchell begins the 2022-2023 campaign with the Jazz, although they could work out a deal at the trade deadline if things don’t go according to plan. Or, the Knicks or Heat make an unreal offer to bring him on board.

It’s complicated for both teams, especially with the Heat being interested in a Durant deal. Mitchell isn’t pushing a trade, so the Jazz don’t have as much pressure to make a deal as other teams, such as the Nets.

With all of the trade buzz going on the past few weeks, we could enter training camp with all three of Kevin Durant, Kyrie Irving, and Donovan Mitchell staying put.