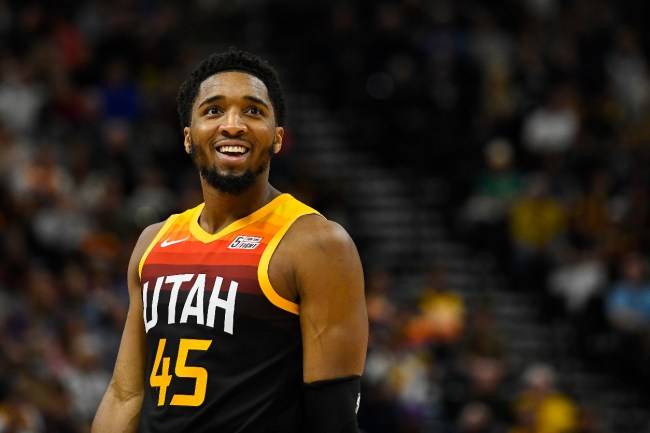 The Utah Jazz shipped away Rudy Gobert and sparked conversations of a sudden rebuild. Then there were rumors all offseason about Donovan Mitchell wanting to request a trade and leave the team as well.

However, according to a recent report from Brian Windhorst of ESPN, it looks like Mitchell is satisfied and standing pat with the Jazz.

ESPN’s Brian Windhorst reporting this morning that Donovan Mitchell plans to “stand pat” in Utah and is “not gonna force any action right now”
pic.twitter.com/AponcFb4ay

Mitchell also posted on Twitter on Thursday morning, and it seems pretty related to WIndy’s report.

So, there you have it. Per Windhorst, Mitchell wants to ‘stand pat’ and ‘won’t force any action.’

This is quite the shocking decision from Mitchell, especially with the tireless rumors of him wanting out during the beginning of the offseason.

However, maybe he wants to see what the Jazz do with the rest of the offseason. Perhaps he wants to finally become the face of the franchise and give new head coach Will Hardy a shot.

Nonetheless, NBA fans generally had the same reaction to these comments.

I give it another year https://t.co/IeXtq1DTEu

“Right now” is the key word.

Of course, things could change quickly. The Jazz might get an offer they can’t refuse and decide to ignite a full-fledged rebuild.

If Mitchell does stay, it might be a rough year for a Jazz squad that lost a flurry of players this offseason, and that might ultimately be the final straw for him. Nonetheless, we wait and see what happens in Utah.