Dolphins Were Ready To Throw Some Massive Cash At Sean Payton 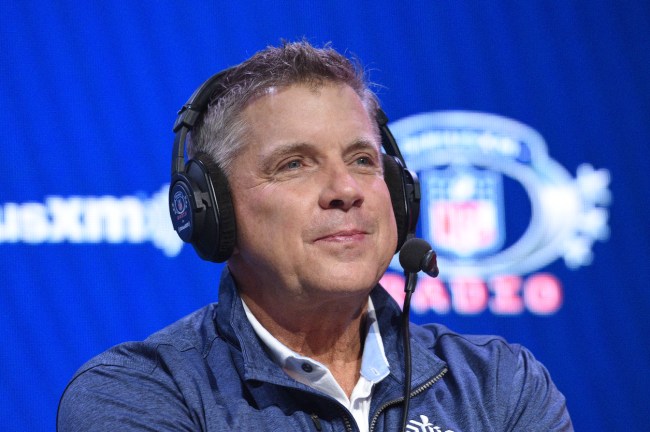 Things could have been much, much different for Sean Payton. The longtime New Orleans Saints head coach retired this offseason and made his transition to the broadcast booth.

Could Payton make his way back to the NFL sidelines? Perhaps. Who knows.

But, it appears that one NFL team was ready to offer Payton a record-breaking contract.

Dolphins Were Ready To Throw Some Massive Cash Towards Sean Payton

The Miami Dolphins fired Brian Flores and began their search for a new head coach during this past offseason. Well, it looks like they were ready to offer Payton the deal of a lifetime.

#Dolphins were ready to offer Sean Payton a mega-deal worth $100 million deal over 5-years to coach the team.

It would have made it just the second known $100 million coaching contract after the #Raiders gave such contract to Jon Gruden [10-years, $100M]https://t.co/ygMB6GTMhe pic.twitter.com/qKj4DbRmdq

The Dolphins were also aiming to make a run at Tom Brady, and ownership was enamored with a possible Brady-Payton pairing in South Beach.

The deal would have been just the second $100 million contract given to a coach — the Raiders did that with Jon Gruden. How different things would have been if Payton ended up as the head coach in Miami?

That is one interesting thing to think about indeed. So, instead of a savvy veteran with a Super Bowl ring in his trophy case, the Dolphins go with offensive guru and young up-and-comer Mike McDaniel.

Talk about a big change. Who knows, maybe Payton returns to coaching in 2023, and maybe an NFL team offers him a contract similar to the one the Dolphins had prepared.