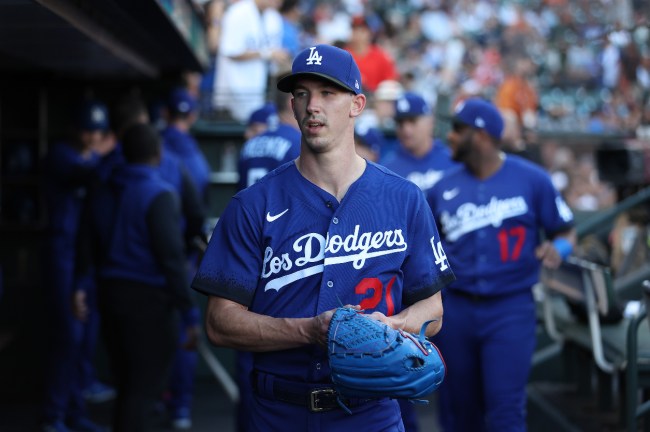 The Los Angeles Dodgers are riding high with a World Series in their sights. They have the best record in baseball with September right around the corner.

Spectacular seasons from veteran Clayton Kershaw and breakout candidate Tony Gonsolin have paced the way for the pitching staff. Their lineup is one of the best there is, with Trea Turner, Mookie Betts, and Freddie Freeman.

However, the Dodgers will be without star right-hander Walker Buehler, who underwent Tommy John surgery and will now miss the rest of 2022 AND the majority of the 2023 season as he works his way back.

He'll miss the rest of the year and almost certainly all of the 2023 season, too. This will be his second Tommy John surgery, and recovery typically takes longer.

This is the second surgery for Buehler, so the recovery time might be longer. As Jeff Passan mentions, Buehler is likely out for the entire 2023 campaign, and that is a major blow to the Dodgers, especially with questions coming up this offseason.

Dodgers fans just hope he can return in 2024 at the same level he was at, although that’s not a certainty after any surgery.

Man this sucks, not only this season but all of next season too ? https://t.co/PwgqwMMGZA

Buehler posted on Instagram and said he will be ready to roll…whenever that is.

For now, 2024 seems like the most likely return for Buehler, so the Dodgers will be without him for this season and next in a crushing blow.

Nonetheless, hopefully Buehler can return to being the dominant force that he is.