Dodgers Fans Are Stunned After Tony Gonsolin Lands On The IL 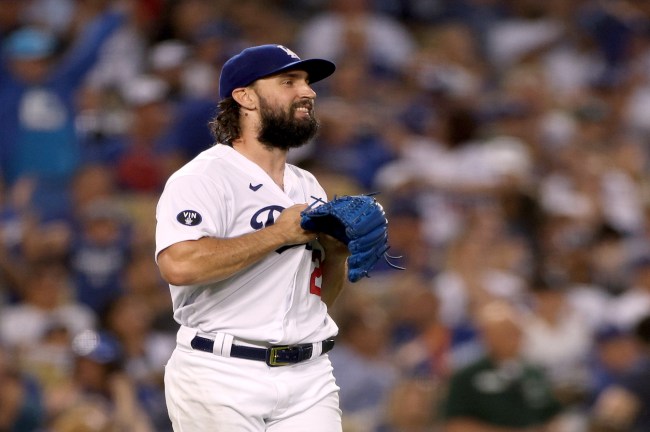 The Los Angeles Dodgers are comfortably ahead of the San Diego Padres in the National League West. After Fernando Tatis Jr. got suspended for 80 games, the Padres have gone downhill, and the Dodgers are on a crash course for a World Series.

With the regular season entering its final month, the Dodgers sure could rest their starters and have them ready for the postseason. Unfortunately, the Dodgers got some brutal news on pitching sensation Tony Gonsolin, who landed on the 15-day IL.

Another injury for the #Dodgers pitching staff: Tony Gonsolin is going on the IL with a right forearm strain

He was scheduled to pitch tonight. Michael Grove is being recalled instead

Gonsolin has been the best pitcher for the Dodgers this season with a 16-1 record and a 2.10 ERA. Furthermore, the Dodgers are already without Walker Buehler, who recently underwent Tommy John surgery.

Now, the loss of Gonsolin is a tough pill for the Dodgers to swallow.

The hope — and expectation — is that Gonsolin will be ready to go when October comes around. Still, this is not the news fans were hoping to hear with the calendar about to flip over to September.

With Gonsolin healthy, the Dodgers can have a trio of Julio Urias, Clayton Kershaw, and Tony Gonsolin ready to roll for the MLB postseason. Add that to their loaded lineup, and a World Series trip feels pretty certain for the Dodgers — that is, if health permits.