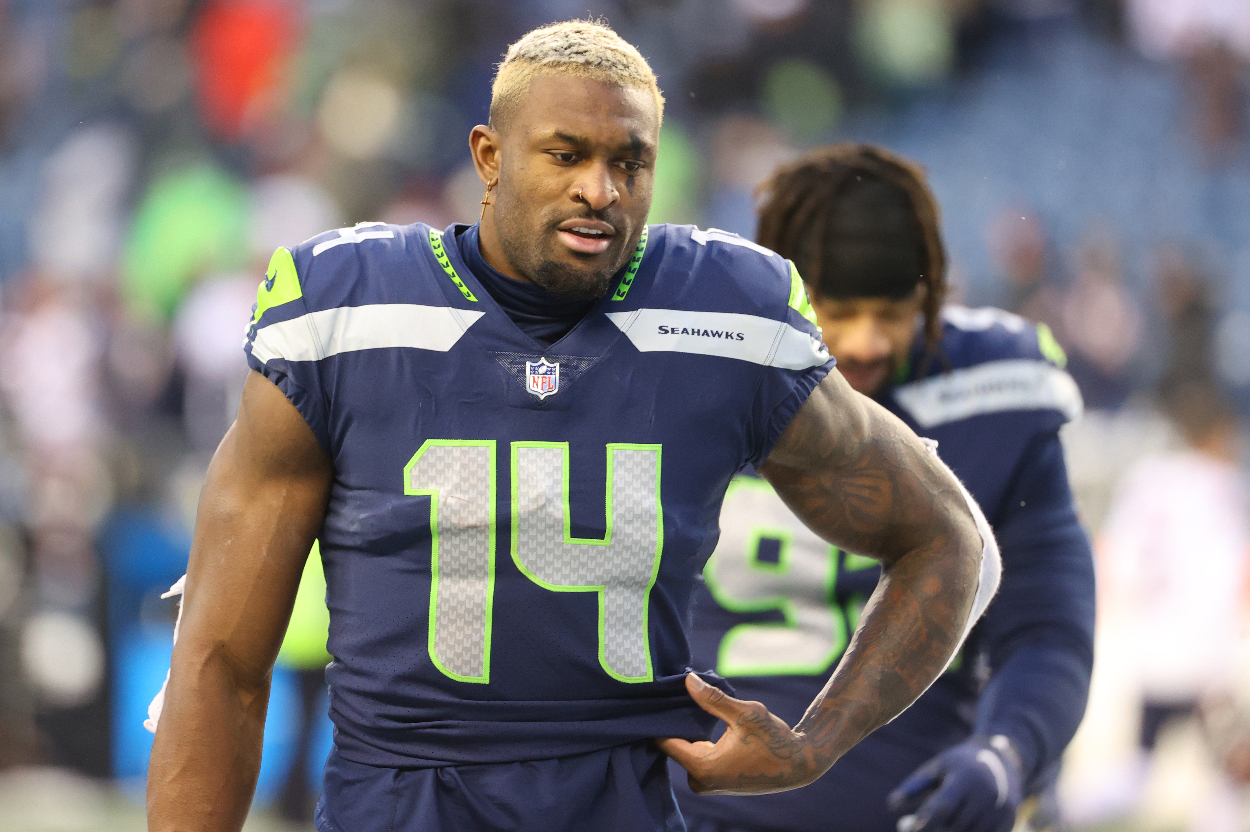 It hasn’t been the best NFL offseason for Seattle Seahawks fans.

First, the division rival Los Angeles Rams won the Super Bowl. Then, the franchise’s star quarterback, Russell Wilson, was traded to the Denver Broncos. Now it appears that there’s a chance Pro Bowl wide receiver DK Metcalf could follow Wilson out the door.

Speculation around Metcalf’s future has been rampant as he seeks a new contract with Seattle. The Seahawks took Metcalf in the second round with the No. 64 overall pick in the 2019 draft. Since then, he’s become one of the league’s most dangerous deep-ball threats.

That speculation only grew louder on Tuesday when NFL Network’s Ian Rappaport reported that Metcalf was not present at Seattle’s mandatory minicamp.

Sources: #Seahawks star WR DK Metcalf is not present for mandatory minicamp, as contract talks have not yet resulted in a new deal. He continues to rehab his injury in LA.

Fans Flock To Recruit Metcalf To Their Favorite Teams

Unsurprisingly, Metcalf’s absence immediately fueled trade speculation with fans of any and every NFL team trying to catch his eye. Metcalf’s twitter mentions got very busy on Tuesday afternoon.

Disgruntled Seahawks WR DK Metcalf (@dkm14) seems to enjoy Lamar Jackson content on twitter, I think the best thing for all involved would be to allow him to enjoy it in person pic.twitter.com/Qv4qQotVj0

I mean after all, one of my favorite watches growing up was DK's father, Big Cat himself @Metcalf79

Whether or not the 24-year-old returns to the Seahawks is yet to be seen. Seattle quarterbacks Drew Lock and Geno Smith would unquestionably love to have the gargantuan target at their disposal. But as it appears, so would fans of just about every other NFL team.