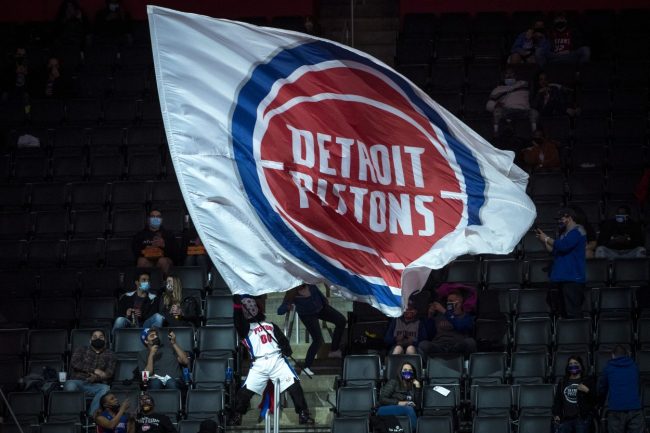 The 1990s were a crazy time for NBA jersey design. Just as teams like the Memphis (FKA Vancouver) Grizzlies, Toronto Raptors and Utah Jazz.

But few jerseys from the era were quite as iconic as the Detroit Pistons’ teal uniforms worn from 1996-2011. Stars such as Grant Hill and Jerry Stackhouse dawned the jerseys and while the era wasn’t overly successful outside of a 54-win season in 1996-97, the jerseys have always been a fan favorite.

And now they’re coming back.

Pistons fans have been clamoring for the return of the famed jerseys for years. Detroit announced the jerseys during a party on Monday night with Jerry Stackhouse was in attendance. It then posted a promotional video on Twitter featuring first-round draft pick Jaden Ivey.

“As somebody who grew up in the era, when that jersey was popular, you know the nostalgia that it has,” Pistons chief business officer Mike Zavodsky said at the launch party. “And now I think is the perfect time to bring it back with this team that we’re going to have on the court this year. The 90s are very in right now.”

While the jerseys fell out of style for a while, what’s old is new again as fans have begun to embrace 90s fashion. Because of that, the response to the reveal on Twitter was overwhelmingly positive.

We are so back https://t.co/CGdqHpd3cu

I use to pray for times like this🥲 pic.twitter.com/IpvB3gzX2R https://t.co/pVy9jBsz8l

Players like Ivey and 2021 first overall pick Cade Cunningham are leading what looks like an impressive rebuild in Detroit. If the rebuild is successful, the Pistons may even exorcise some demons surrounding the teal jerseys along the way.