Knicks, Pistons Make Another Big Trade And Fans Are Left Praising One While Hammering The Other 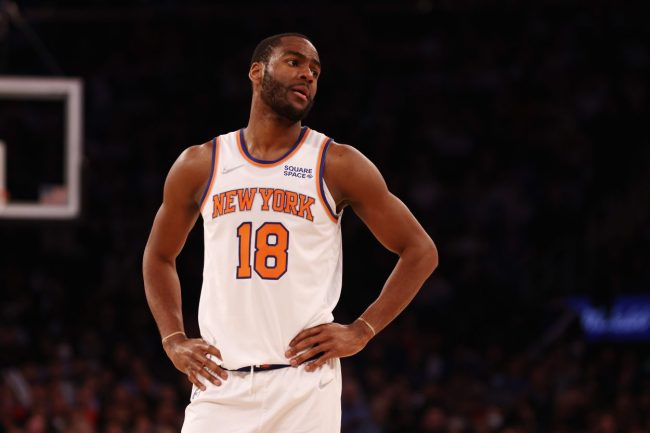 Stop us if you’ve heard this obe before. The New York Knicks are doing everything possible to sign impending free agent Jalen Brunson.

That includes shedding salary in order to make the former Dallas Mavericks guard an absolutely monster contract offer. New York started that process on draft night, trading away the No. 11 overall pick to the Oklahoma City Thunder. They then also traded away guard Kemba Walker in a deal that involved No. 13 overall selection Jalen Duren going to the Detroit Pistons, while New York acquired the Bucks’ 2025 first-round pick via the Pistons.

Now, the two teams are trading partners yet again.

According to ESPN’s Adrian Wojnarowski, New York is trading backup center Nerlens Noel and bench guard Alec Burks to Detroit. The Knicks are also sending the Pistons two second-round picks and $6M in exchange for nothing more than cap space.

The Knicks are trading center Nerlens Noel and guard Alec Burks to the Pistons, sources tell ESPN. The Knicks will unload $19M more in salary, clearing the way for cap space to try and sign free agent guard Jalen Brunson.

The move does nothing more than clear more cap space for New York to throw at Brunson. Detroit adds even more bench depth for no real cost.

The two fan bases have very different views of the directions their teams are heading. Detroit fans love what GM Troy Weaver is doing in the offseason.

After some time to chew on this, pistons really covered all the needs for this season without breaking the bank and retaining the ability to offer a max next season 😂 weaver is amazing https://t.co/LRuaoaiiyW

Troy Weaver is a mad man

He now has a team centered around Cade Cunningham, Saddiq Bey, Jaden Ivey, Isaiah Stewart, Jalen Duren & more. The future is brighter than it's been in forever

Another solid move by @DetroitPistons GM Troy Weaver. Burks can shoot & Noel can defend. Both on Low cost, short term contracts plus getting the extra draft picks. 🙏🏻 https://t.co/TF3etmoJMA

Troy Weaver just got the Knicks to straight up give us players and money. He’s either a magician or has extreme levels of dirt on Knicks executives

Knicks fans, on the other hand, are apoplectic.

Selling an entire franchise for the purpose of clearing up space for a person whose potential is capped at 3rd best in his team is actually insane. With this trade, Detroit most definitely have great chances of making the playoffs next year. https://t.co/XfL64PgF7O

Does New York think Brunson is Steph Curry? Have I missed something? https://t.co/VAsftWHQop

I don’t like basketball, I never have 😭 #knicks #kindakidding https://t.co/kGI1MDOf5p

For the second time in as many weeks, Detroit seems to have fleeced New York. And for better or worse, the Knicks continue to be entertaining.