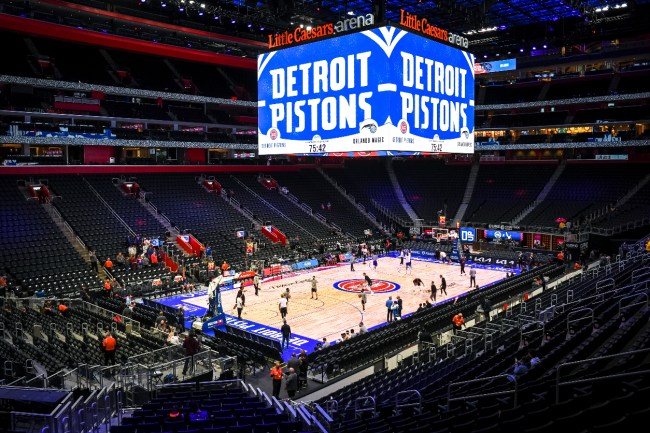 The Detroit Pistons have been very active lately on the trade market, and with the way things are going, it doesn’t look like they will be done just yet.

One wild story regarding the Pistons is the journey of their 2023 second-round pick, one that has been dealt a handful of times in just a few years.

On Wednesday, the Pistons and New York Knicks made a trade that sent Alec Burks and Nerlens Noel to The Motor City along with some draft compensation.

This was a salary dump for the Knicks as they try to pursue Dallas Mavericks point guard Jalen Brunson.

But, the biggest story of this deal is the journey of that 2023 second-round draft pick.

It is rare for a pick to be traded by a team and then received back years later, yet that is precisely what happened with the Pistons’ second-rounder.

In fact, that exact pick has been traded all around the NBA.

The Pistons' 2023 second-round pick has bounced around the NBA… before returning to Detroit Tuesday night in the Alec Burks/Nerlens Noel trade.

That seems like a lot of headaches for the league office for a small second-round draft pick. For now, Detroit has the pick back.

With their activity in the trade market, who knows if it will stay for very long.