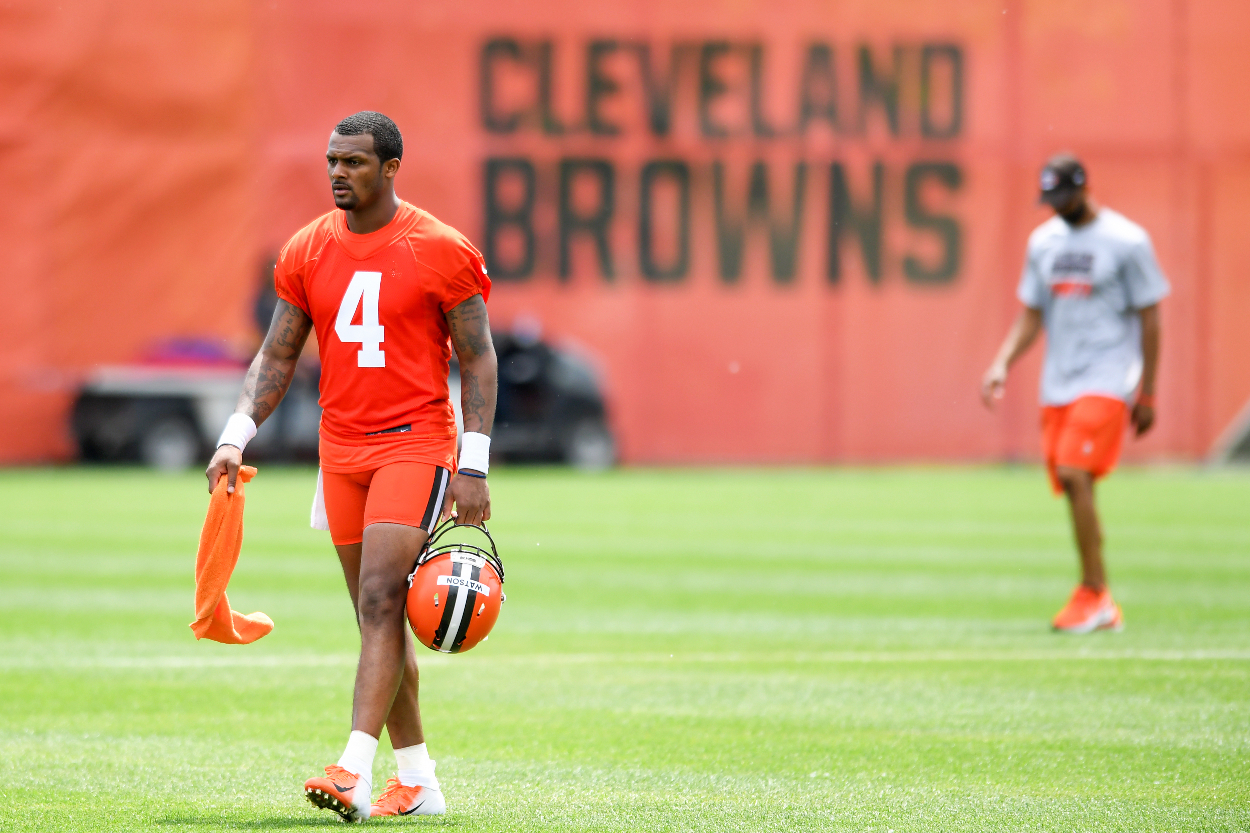 Jenny Vrentas of the New York Times published a report on Tuesday claiming that Cleveland Browns quarterback Deshaun Watson received massages from at least 66 different women in a 17-month period.

Two grand juries have previously declined to prosecute Watson amid allegations from more than two dozen women that the former Houston Texans’ star harassed or assaulted them during massage appointments. Watson is still awaiting results of a recently completed investigation by the NFL.

The former Pro Bowl quarterback has maintained throughout the process that he was only seeking professional massage therapy.

In addition to Watson, the New York Times story directly implicates the Houston Texans’ organization, if true. The report claims that the Texans were able to get Watson a membership at The Houstonian, an upscale hotel and club, which played host to a number of his massages. It also says that the organization also provided Watson with nondisclosure agreements. The New York Times claims these agreements allowed Watson to make appointments with more women than previously known.

Watson Has Remained In The News

The report from the New York Times comes less than a week after Watson’s lawyer, Rusty Hardin, made news by going on sports radio and issuing the following quote.

“I don’t know how many men are out there now that have had a massage that perhaps occasionally there was a happy ending. Alright? Maybe there’s nobody in your listening audience that that ever happened to … I do want to point out if it has happened, it’s not a crime. Unless you are paying somebody extra or so to give you some type of sexual activity it’s not a crime.”

The league has yet to rule on a potential Watson suspension.  NFL insider Charles Robinson of Yahoo! recently speculated that he wouldn’t be surprised if the quarterback faced a year-long ban.

The latest allegations and reports don’t do the quarterback any favors as he looks to return to the field in the 2022 NFL season.