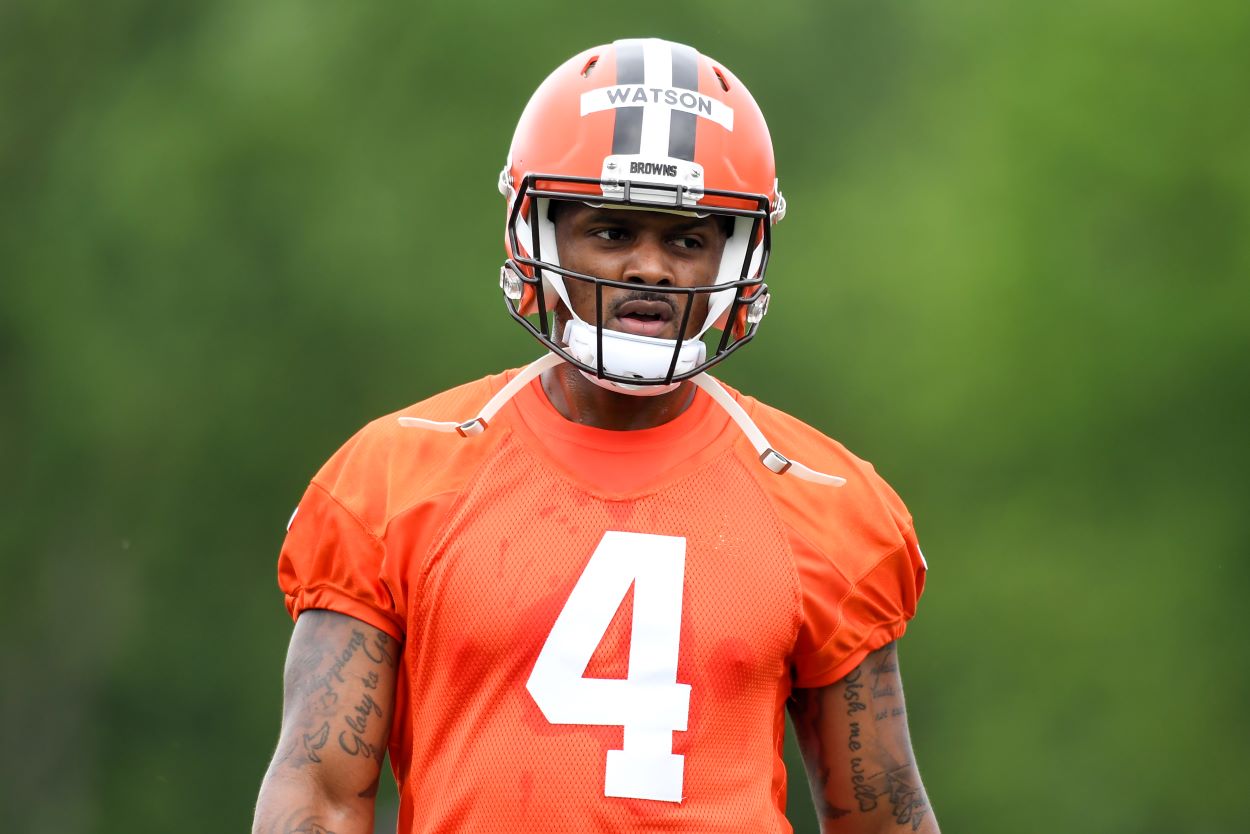 The Deshaun Watson saga has taken yet another unexpected turn.

The Cleveland Browns quarterback had been facing 24 civil suits accusing him of sexual misconduct. Just recently a New York Times report revealed that he had seen at least 66 different masseuses over a 17-month span.

Watson has denied all allegations from the start and has previously claimed that he would not settle any of the cases.

“That’s not my intent,” Watson said in response. “My intent is to continue to clear my name as much as possible and that’s what I’m focused on.”

Those comments came after he was cleared of criminal charges in March. Apparently his mind has now changed.

NFL Network reporter Cameron Wolfe reported on Tuesday that Watson and lawyer Tony Buzbee agreed to settle with 20 of the 24 women.

Browns QB Deshaun Watson has settled 20 of 24 cases against him with women alleging he committed sexual misconduct, lawyer Tony Buzbee who represents the women says in a statement noting the terms will remain confidential.

Buzbee released the following statement on the settlements:

“Today I announce that all cases against Deshaun Watson, with the exception of four, have settled. We are working through the paperwork related to those settlements. Once we have done so, those particular cases will be dismissed. The terms and amounts of the settlements are confidential. We won’t comment further on the settlements or those cases.”

Details of the settlements will not be made available to the public.

Watson’s about-face comes amid reports that he may be suspended for a significant period of time by the NFL. Though Browns reporter Tony Grossi believes that suspension could be delayed until the 2023 season.

With the settlements done and sealed, Watson may now be one step closer to returning to the field in 2022.