Deshaun Watson’s Attorney Did Him No Favors With Latest Comments 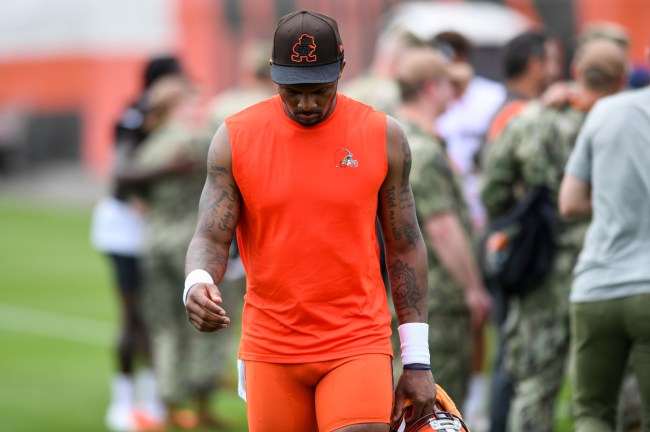 At this rate, it would be a surprise if Cleveland Browns QB Deshaun Watson doesn’t get suspended. The ongoing situation keeps evolving with each day, and the NFL might not have any choice but to suspend him for part of the 2022 season.

Well, Watson’s attorney, Rusty Hardin, sure didn’t do any favors for his client and uttered some wildly inappropriate comments on the situation.

Deshaun Watson’s Attorney Did Him No Favors With Latest Comments

Here is what Watson’s attorney said, courtesy of SportsRadio610:

“I don’t know how many men are out there now that have had a massage that perhaps occassionally there was a happy ending. Alright? Maybe there’s nobody in your listening audience that that ever happened to … I do want to point out if it has happened, it’s not a crime. Unless you are paying somebody extra or so to give you some type of sexual activity it’s not a crime.”

Hardin’s comments are shocking in every way. Here is the entire soundbite.

Things aren’t looking too promising for Watson as far as avoiding a suspension, and with a 24th lawsuit coming his way, a suspension seems imminent.

The former Houston Texans QB got traded to Cleveland and signed a fully-guaranteed $230 million deal, and if he misses time, it would be a massive blow to the Browns organization and for Watson, who missed the entire 2021 season already.

These comments from his attorney definitely didn’t help his case, either.