Derrick Lewis vs. Sergei Pavlovich 2? Manager Reveals That Rematch Could Happen Sooner Than You Think 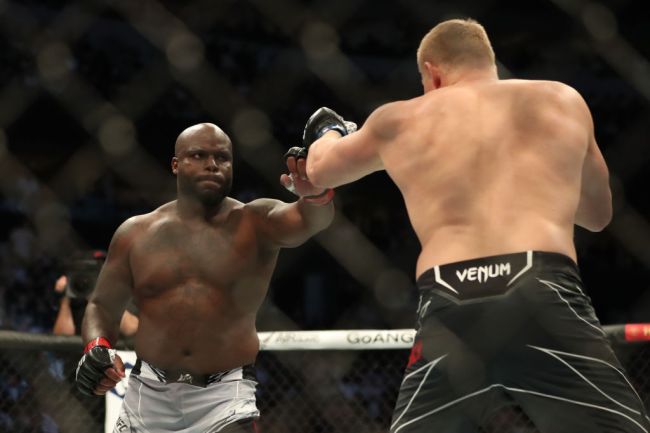 While most fans will remember UFC 277 for the thrilling rematches it delivered, UFC heavyweight Derrick Lewis will remember it for a very different reason.

In the weeks leading up to the fight, the record-holder for most UFC knockouts didn’t even know his Russian opponent’s name. And on Saturday night, Lewis was in for a rude awakening.

Just 55 seconds into the first round, Sergei Pavlovich hit Lewis with a barrage of punches. “The Black Beast” then hit the deck face first causing referee Dan Miragliotta to stop the fight. The only problem was Lewis quickly sprung back to his feet right after.

With Lewis seemingly still able to fight, the TKO decision drew a good deal of criticism from fans and UFC fighters alike. Even UFC president Dana White wouldn’t debate that it was an early stoppage, before admitting mistakes do happen.

Most would agree that the fight was called early, but Pavlovich defended the referee’s decision during the post-fight press conference. Why wouldn’t he? The early stoppage isn’t exactly his fault and it clearly benefitted him.

Now riding a four-fight winning streak, Pavlovich has publicly stated his desire to take a break from the UFC. And yet, it appears his camp might be thinking otherwise. The Russian fighter’s manager has hinted that a rematch could easily be locked in, “if the UFC wants it.”

Sergei Pavlovich’s manager Ali Abdelaziz (@AliAbdelaziz00) tells me he doesn’t think the stoppage of the Derrick Lewis fight was early last night (I would disagree), but if Derrick wants that fight again “he can get it if UFC wants.” I wouldn’t mind seeing it rebooked personally.

Derrick Lewis has lost both of his fights in 2022, so a rematch may be his best option moving forward. Pavlovich, on the other hand, could put all this controversy behind him by completing a repeat of UFC 277 in their next meeting. Until the UFC decides, fans will have to wait to see if this immediate rematch is actually in the cards.