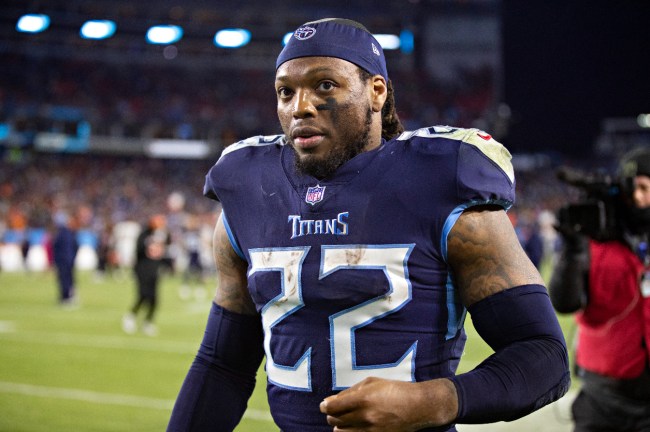 Despite all of the conversations, Tennessee Titans running back Derrick Henry is on the field at mandatory minicamp.

Henry played just eight games in 2021 and still compiled 937 yards and 10 touchdowns. In 2020, he put together an unreal 2,027-yard campaign with 17 touchdowns, and the Titans are hoping Henry can return from his injury in peak form.

Henry pulled up to practice and, somehow, looked even bigger.

Henry didn’t only look bigger. He looks healthy and ready to roll heading into the 2022 NFL season.

Despite many critics, Henry is on the field and working hard.

Titans RB Derrick Henry Has A Strong Message For The Doubters

Is Henry past his prime? Who knows, but the former Alabama RB fired off a strong message on Tuesday and isn’t thrilled with people writing him off thus far.

"The doubters, whatever they want to be, definitely motivated me. We're going to see." – Derrick Henry on hearing people say he can't get back to where he was pre-injury. #TItans

Before his injury, Henry was set to run away with the rushing title. So there’s that.

With A.J. Brown being sent to the Philadelphia Eagles, it seems evident that Henry will once again be the main focal point of the Tennessee offense.

Henry should be able to bounce back — if he stays healthy — and his workout regime has everybody excited.

If Henry can return to his pre-injury form, the Titans should be among the favorites in the AFC South. More than that, Henry should be one of the favorites for the NFL MVP conversation, especially if he can sniff a 2,000-yard season once again.