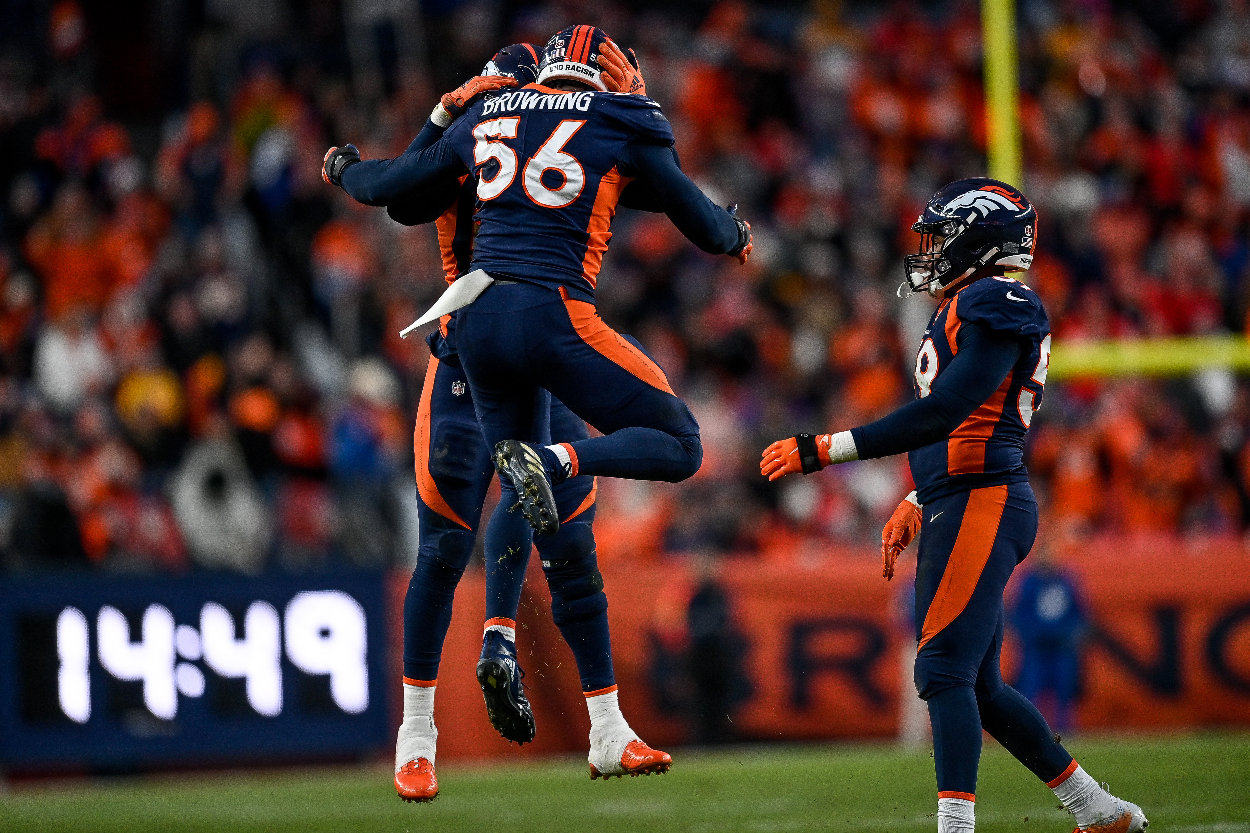 The Denver Broncos will be under new management at the start of the 2022 season. Not only will Denver have a new head coach in Nathaniel Hackett and a new Pro Bowl quarterback in Russell Wilson, it will also have a new team owner.

Reports began to circulate on Monday morning that Rob Walton, who is the heir to Walmart fortune, had finalized a deal to purchase the team for somewhere in the ballpark of $4.5 billion.

According to a report by Forbes, the deal would be the most expensive sports franchise sale in history. The sum should come as no surprise as Walton checked in at No. 19 in the 2022 Forbes rich list with an estimated net worth of $65 billion.

Reactions from Broncos fans, however, appear to be mixed.

Though many fans are excited about the sale…

This is the absolute dream scenario for the Denver Broncos. Walton will become the second richest owner in all of American professional sports, only behind Steve Ballmer. Resources to improve the team and facilities in any way will not be scarce by any means. https://t.co/ase3EZyKrf

Walton got so much money that the broncos should be well taken care of. It’d be pretty hard for one of the richest sports owners to mess up https://t.co/ScIiKgfDrh

Not everyone is feeling the same way…

From the minute his name was mentioned, he was the front runner. Let’s hope he doesn’t just see the Broncos as a pet project or income stream https://t.co/9VxeLtvlaE

hopefully my broncos don’t go to shit like walmart has in the last decade https://t.co/ch795tzTMn

The only good part of Rob Walton (77) buying the broncos is that they’ll need another new owner in a few years.

The Pat Bowlen Trust, which took over after the passing of longtime owner Pat Bowlen in 2019, had been in charge of the team for the last three years. Bowlen purchased the team in 1984 and led the organization to three Super Bowl victories, earning him an induction into the Pro Football Hall of Fame in 2019.

Broncos fans had remembered Bowlen fondly and suggested he be honored as the news about Walton’s purchase came out.

If Rob Walton wanted to win #Broncos fans over on day 1, he would name the stadium Pat Bowlen Stadium.

My main hope for Walton: that he takes the Pat Bowlen approach. Show you care, uphold the standard, but don’t interfere. Hands off unless the situation calls for it. Let the people in charge do their jobs. George Paton has a vision for this team. Carry it out #BroncosCountry https://t.co/New5huuJLO

If this is true please take care of our Broncos like Mr Pat Bowlen did as owner https://t.co/cNaQDDGyje

No matter how the fans feel, Denver has a new owner and he’s very, very rich.