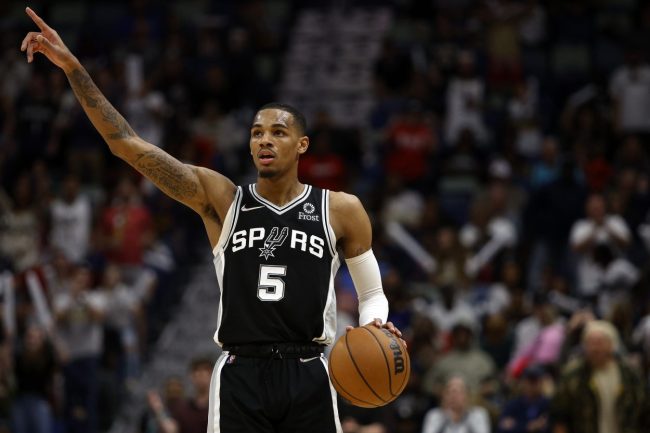 Welcome to the NBA, rook.

Murray led powerhouse Rainier Beach to three straight state championships and was named Washington Mr. Basketball in 2015. More recently, Banchero led O’Dea to a state championship in 2019 and the state finals in 2020 before opting out of his senior year due to the COVID-19 pandemic.

Each has obtained immense success since. Both Murray and Banchero returned to Seattle recently for a number of summer scrimmages. Both participated in Jamal Crawford’s CrawsOver event, but it was Isaiah Thomas’ Zeke-End tournament where things got a little heated.

Murray put the Orlando Magic rookie on a poster with an absolutely absurd sell-alley-oop.

What Dejounte Murray did here to Paolo Banchero was just flat out FILTHY 🤮pic.twitter.com/fdUEjua6U5

“Lol. Unfollowed me on tha gram n everything. It must be personal, huh? That’s fine, jus make sure u guard up next time n stop sending doubles family.”

To which Murray immediately followed back with a post of his own.

“You tried to flex that #1 pick sh-t on me when I been rooting for you. When you was a kid asking to rebound for me @Paolo5. Don’t get on this internet saying nothing.”

It appears the once-friendly Seattle products now have quite the grudge. With Murray moving to the Eastern Conference this season, he and Banchero are set to square off at least four times. Now it appears those games will be must-see TV for basketball fans.