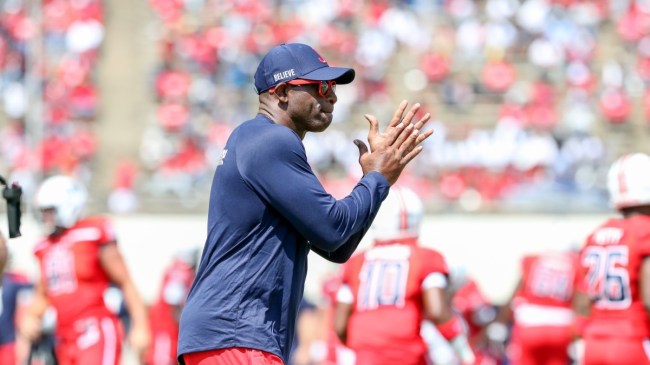 Things got testy postgame between Deion Sanders and Eddie Robinson

After Jackson State’s 26-12 win, the coaches met at midfield for the obligatory handshake. But, it wasn’t all smiles.

No respect for Deion from Alabama State’s coach.

Afterward, Robinson spoke out about why he was mad at Sanders.

Essentially, Robinson was mad that Deion made some comments about Jackson State being a money game for Alabama State. And, he was upset that Deion walked through their pregame warm-up instead of around it. Finally, he was mad that Jackson State was throwing the ball up 26-12 late in the game, which is a non-issue to me.

Of course, Deion responded with a classic line, “If I ain’t SWAC, who is?” The SWAC is the conference they play in, for reference.