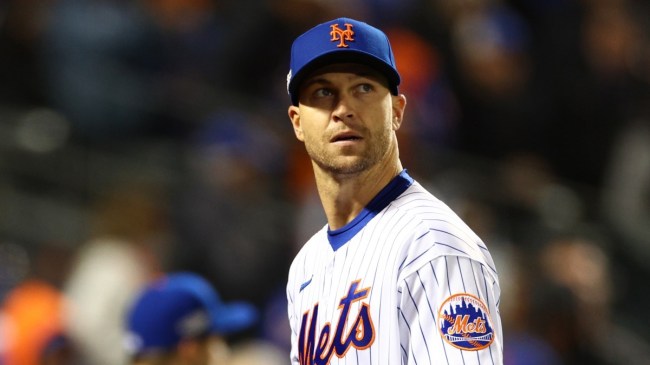 For my money, New York Mets’ Pitcher Jacob DeGrom is the best pitcher of my lifetime. DeGrom has the 2nd-best ERA in the last 70 years, behind Clayton Kershaw. In the modern era, He has the 2nd-best ERA+, 3rd-best K/9, the only pitcher with a career WHIP under 1.000, the sixth-best H/9, the best FIP, and is third among active pitchers in BB/9. That’s an impressive resume, and the two-time Cy Young winner is just one season removed from the greatest half-season of pitching the game has ever seen, modern era or not.

So, the now-free agent ace is going to be the apple of many teams’ eyes. Of course, the Mets are very interested in bringing him back and not making the same mistake they did with Tom Seaver when they let him finish his career somewhere else. But, plenty of other teams want to add someone who, when healthy, is the best pitcher in baseball and has lost nothing off his fastball. It seems like DeGrom is really interested in one team in particular.

News broke on Thursday that the ace had already reached out to one team that wasn’t the New York Mets.

Jacob deGrom has reportedly told the Rangers that he's interested in signing with them, per @JonHeyman pic.twitter.com/QZpQqMdXtr

Whoa. This is not good news for Mets fans. The team is built to win now, and that includes having DeGrom as part of the 1-2 punch with Max Scherzer.

But, if you’re a Rangers fan, this is great news. The franchise has been missing a true ace for quite some time. There’s no better definition of a true ace than Jake.

Time will tell where he signs, but it could be the Rangers.