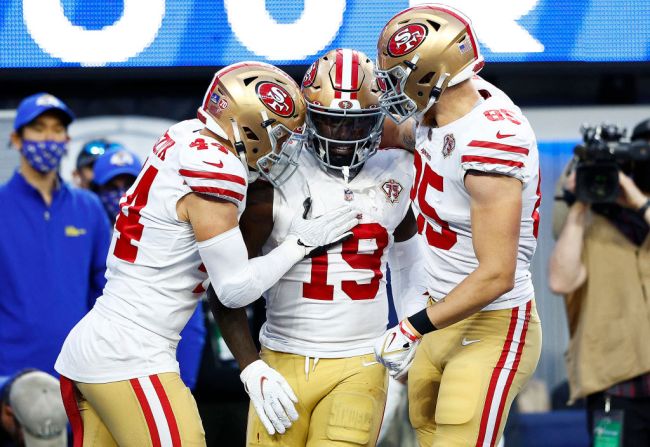 The 49ers have been serious playoff contenders in recent years, reaching Super Bowl LIV in 2020 and the NFC Championship in 2022. Unfortunately, both seasons ended in agony with losses to the Kansas City Chiefs and Los Angeles Rams respectively.

As the next NFL season draws near, it’s still unclear whether the 49ers will see more success. With a new quarterback taking the reins, struggles are expected. At least the return of superstar Deebo Samuel will give the 49ers Faithful some peace of mind.

After Monday’s training camp, Deebo spoke to NFL Network, revealing what he believes is key to helping the 49ers reach and win the Super Bowl once again.

Catching up with Deebo Samuel today at #49ers camp about the contract, Trey Lance and more on @nflnetwork @MJD pic.twitter.com/8yqryVmanv

According to Deebo, it’s all about minimizing mistakes.

The 49ers Faithful are all too familiar with these game-losing plays.

In Super Bowl LIV, it was the decisive sack on Jimmy Garoppolo that resulted in a turnover on downs. During last year’s NFC Championship, it was Garoppolo’s interception in the final two minutes.

Now that Trey Lance is taking the starting job, it seems the Niners have finally decided to move on from Garoppolo. Whether that’s better or worse, we’ll all find out in just a month’s time.