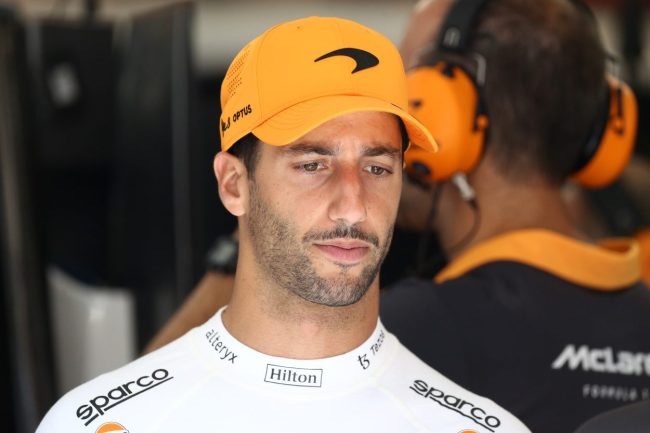 Formula 1 driver Daniel Ricciardo will not be back with McLaren in 2023. The team announced a mutual split between itself and the driver on Wednesday.

McLaren Racing and Daniel Ricciardo have mutually agreed that Daniel will leave the team at the end of the 2022 season.

The team thanks Daniel for his dedication and contribution, including that memorable win in Monza. We look forward to finishing the season strongly together.

Those who have been paying attention won’t be surprised by the move. But for the uninitiated, let’s do a bit of history lesson.

Ricciardo began his F1 career as a driver for Red Bull Racing customer team Toro Rosso in 2012. He made the jump to the big team in 2014 and finished third in the drivers championship. After a number of years of frustrating mechanical difficulties and playing second-fiddle to young star Max Verstappen, Ricciardo made the shock move to Renault for the 2019 season.

The Australian spent just two seasons at the French team however, before leaving for McLaren in 20221 to partner with young British star Lando Norris. Ricciardo’s moves were some of the biggest storylines of Netflix’s F1 docu-series, Drive to Survive.

While Norris has thrived, Ricciardo has not seen the same success with the legendary McLaren team. He finished eighth of 20 drivers in the 2021 standings and currently sits in 12th in the 2022 season.

Where Do McLaren Look Next?

McLaren and American CEO Zak Brown haven’t exactly been coy about replacing Ricciardo. While Brown did not say publicly that he wanted to make a change, his actions said otherwise.

McLaren gave test sessions to American IndyCar driver Colton Herta and reigning IndyCar champion Alex Palou. The latter of which raced in Formula 2 in 2017 and is currently embroiled in a lawsuit over his services.

But that’s not the only lawsuit McLaren has to deal with.

The team also appears headed to court over the services of reigning F2 champ and Alpine (formerly Renault) academy driver Oscar Piastri. Both teams have laid claim to the Australian driver over the last month. Piastri was considered the ideal replacement for former F1 champ Fernando Alonso, who is leaving Alpine at the end of this season.

So What Happens To Ricciardo?

Currently, only Alpine and Williams appear to have openings on the F1 grid for 2023. It’s hard to envision the former welcoming back Ricciardo, which leaves only Williams. Though the storied British team has reportedly explored calling up academy driver Logan Sargent from F2.

Ricciardo could also make the trip across the pond to the US and IndyCar. He’s previously professed his love of the US and may be the biggest F1 star in the country outside of Denver Broncos owner Lewis Hamilton.

"Ricciardo might not like driving in New York, but he loves America, and America loves him back." https://t.co/a9h4Cwg7Oe

The F1 silly season is in full effect.