Daniel Cormier Is Still Haunted By His Two Losses To Jon Jones, Calls Jones “A Cheater” 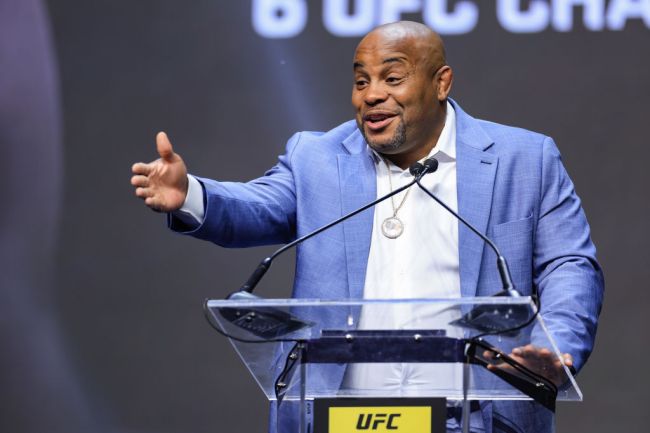 Former two-division UFC champion Daniel Cormier retired from the sport almost two years ago. However, the recent Hall of Fame inductee still can’t seem to shake the memory of his two losses to Jon Jones.

Cormier and Jones met in the Octagon twice during their careers, in 2015 and 2017, for light heavyweight championship fights. While Jones initially won both, failed drug tests later overturned the second result to a no contest.

If you ask fans, Jones vs. Cormier is one of the greatest rivalries in recent UFC history. But for DC, it’s a blemish on his illustrious career and he can’t seem to let it go.

In a recent guest appearance on The Pivot Podcast, the former two-division champion-turned-UFC commentator shared his feelings towards Jones before explaining why the heated rivalry still haunts him today.

As it turns it, it’s not the losses themselves that haunt DC. Rather it’s the possibility of what could have been had Jones not been allegedly using banned substances.

Cormier is right in that memories live on. The losses are obviously still fresh in his. As for the punishments dealt, DC actually believes the suspensions hurt him more than they hurt Jones.

“You still got your money and you’re still only 25 years old. I was 37/38 years old. You get a year off? It’s horrible, but it’s easy for him to say that’s water under the bridge. But for me, it’s like, man. You did stuff to my career that never let me settle. Because now I don’t know… I can’t let it go. He’s a cheater.”

I went on @thepivot podcast and we spoke about a ton of things. Obviously we talked about Jones portion of my career. They asked about Anaheim and this was my answer. The interview is live top of the hour. Thanks for having me on boys @realrclark https://t.co/1SvqlwaQVf pic.twitter.com/J37UCNSFKx

Despite Cormier’s recent comments, he still shows immense respect for Jones’ talent as a fighter. Even he admits that Jones already had the talent to win anyways.

What are Jones’ thoughts on the heated rivalry?

I know you probably won’t believe me but at the end of the day I think of DC the same way I think of all my other past opponents. Was just a past opponent. Once we get the knuckle sandwiches out of the way, there’s really nothing to be mad about anymore https://t.co/pTG7yzu6r2

It’s a different perspective, to say the least. But Cormier understands why Jones no longer holds any bad blood.

They say time heals all, so perhaps DC just needs more time to put this all in the past.