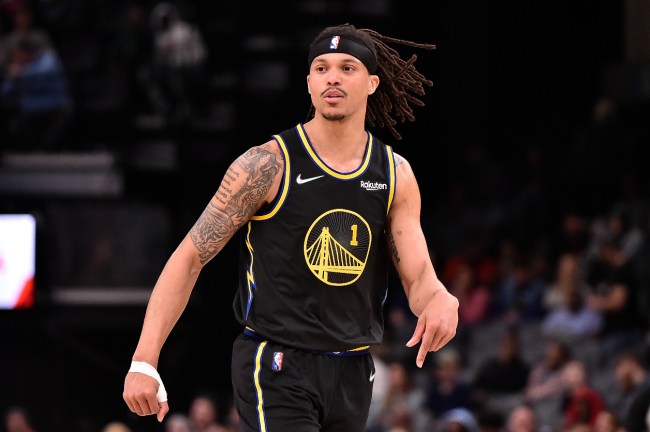 The Golden State Warriors have now seen a few members of their NBA championship group sign with other teams. The latest one is Damion Lee, the reserve guard and brother-in-law of Stephen Curry.

Well, Lee has signed a deal with the Phoenix Suns, according to Adrian Wojnarowski of ESPN.

Lee will now go from being a reserve for Curry and Klay Thompson to backing up Chris Paul and Devin Booker. However, Lee was seen at the San Francisco Giants game right before the deal was announced.

Damion Lee Threw Out The First Pitch At The Giants Game

Actually, Lee threw out the first pitch at the Giants game on Friday evening just before Woj tweeted out the agreement.

So, an hour before Woj announced the deal, Lee threw out the first pitch in a stadium full of Warriors fans.

You simply can’t make this stuff up, and surely Lee knew a deal was imminent when he arrived at Oracle Park on Friday evening.

Nonetheless, Lee will head to Arizona and begin playing for the Suns. At least he will always have the NBA title and this once-in-a-lifetime memory.