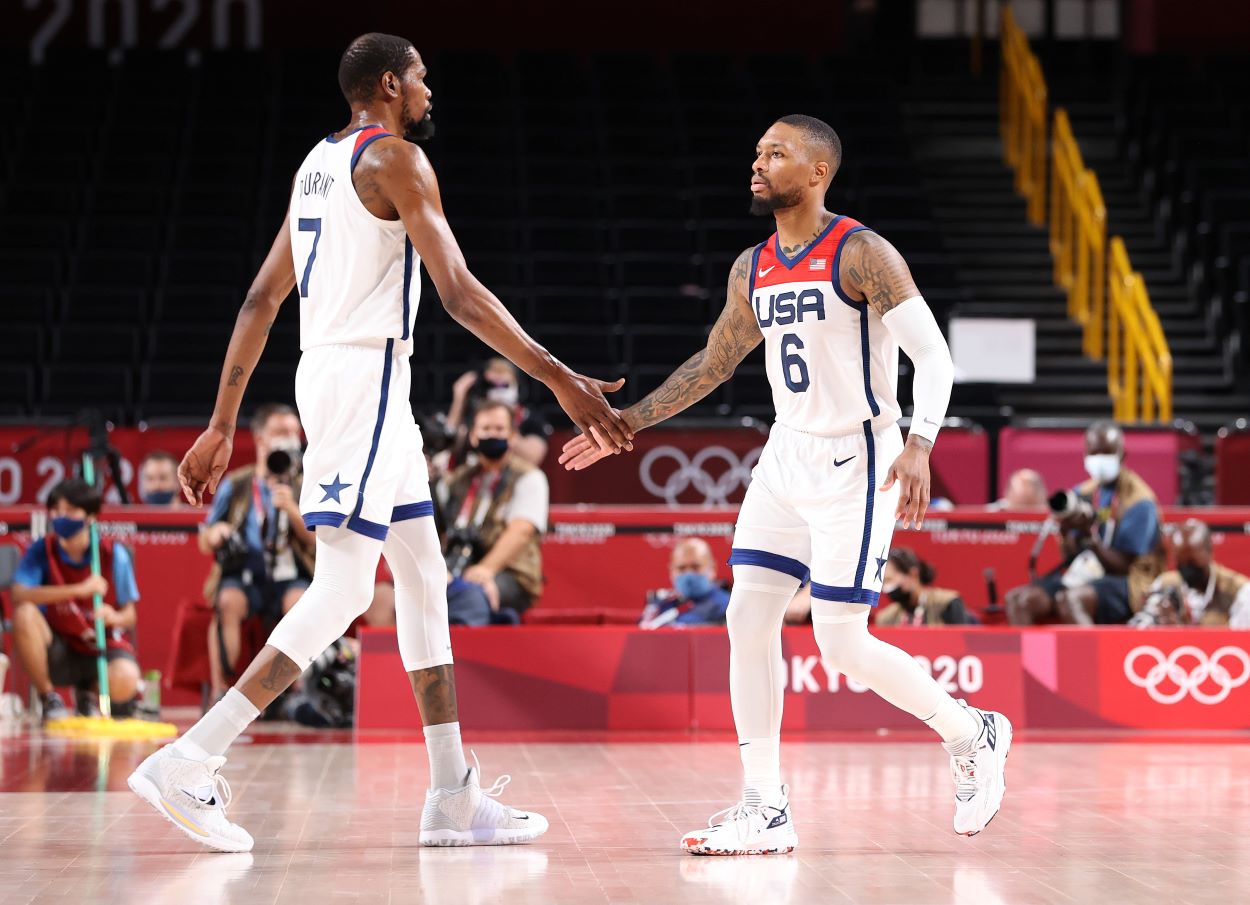 Someone please get Damian Lillard some help up in Portland.

The Blazers star has shown dedication to the organization that drafted him, but after trading away CJ McCollum, Portland looks far from being a real contender.

Now Lillard is going to hilarious lengths to try to recruit top talent to the Trailblazers. Don’t trust us? Just check his Instagram story.

Dame is clearly thirsty for some help and fellow USA Basketball star Kevin Durant would qualify as that in a massive way. Durant’s future with the Brooklyn Nets looks murky at best as the organization tries to sort out the Kyrie Irving nonsense.

While Durant has not asked out of Brooklyn, there’s a growing sense that if Irving leaves, he too will seek a way out. Portland isn’t typically at the top of the list of superstar destinations, but Lillard and Durant have a good relationship from their time together on Team USA.

Portland is also hard capped. So any move for Durant has to involve the Blazers shipping out a lot of salary. But for now, we’re just going to let Dame and Blazers fans dream a little.

Please for the love of god https://t.co/sjAmZqRdns

Dame and Durant would form quite the formidable duo in the west. Stay thirsty, my friends.