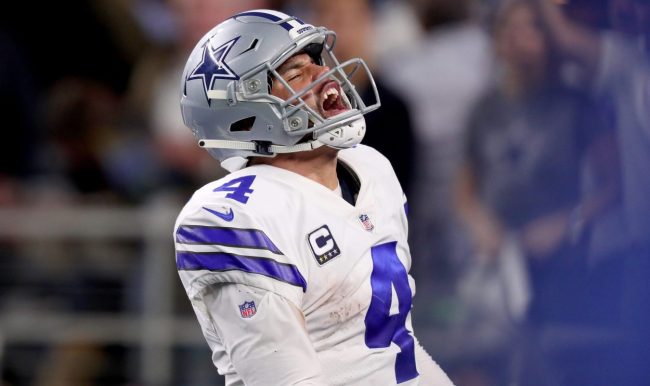 Dak Prescott may have to work a bit of magic if the Dallas Cowboys are going to succeed in 2022. The Cowboys are coming off a 12-5 record and an NFC East division title in 2021. But they lost in the first round of the playoffs to the San Francisco 49ers and since then things haven’t gotten much better.

Dallas ranked first in the NFL in 2021 in points per game, thanks largely to a dynamic receiving corps led by Amari Cooper, Michael Gallup, Cedrick Wilson and CeeDee Lamb. Fast forward eight months and only Lamb and Gallup remain on the roster, with the latter set to miss the start of the season while recovering from a torn ACL.

The Cowboys added veteran wideout James Washington to the mix in free agency, but the oft-injured Texas native broke his foot in training camp and will miss a significant portion of the start of the season.

That leaves Dallas with a wide receiver depth chart that resembles something you’d see in the 10th year of an Madden franchise.

Lamb has star potential and has wowed fans with impressive catches in training camp, but beyond that the outlook is bleak. Brown is the most experienced player on the list, but he’s played in just 50 career games and never caught more than 16 balls in a season. Of the other four players, only Fehoko has any NFL experience. Together, Tolbert, Fehoko, Vasher and Turpin have zero career catches in the NFL.

where is the panic button https://t.co/rTBGofpY6T

We went from one of the best WR corps in the league to this 😭😭😭 https://t.co/gUMXqJ9QfJ

Who are these ppl?! https://t.co/sxPDgY5cCX

Maybe moving Tony Pollard to wide receiver isn’t such a bad decision after all.