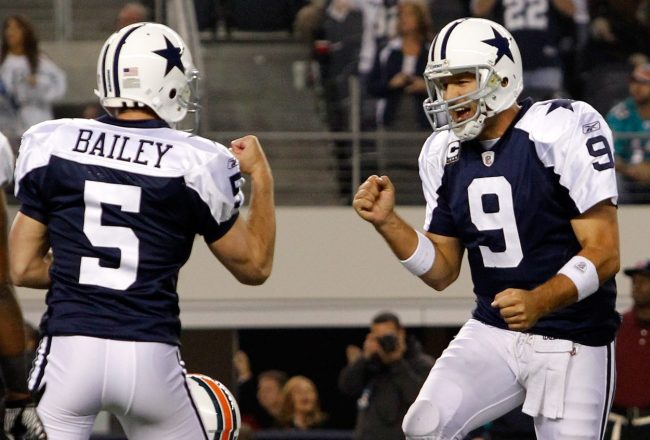 There are few things as traditionally American as the Dallas Cowboys playing an NFL game on Thanksgiving Day. For a number of years, that also involved the Cowboys wearing their iconic navy blue throwback uniforms with white shoulders and a white helmet.

However, Dallas has not worn those uniforms since a 38-31 loss to the Washington Commanders in 2012. The following year, the NFL banned the use of alternate helmets. With it, the Cowboys alternate uniforms also went by the wayside. In the 10 years since, Dallas has worn a number of different jersey combinations on Thanksgiving Day.  The Cowboys wore their NFL color rush jerseys in 2021 in a 36-33 overtime loss to the Las Vegas Raiders.

But now Dallas fans can rejoice, because the famed throwbacks are, well, back,.

Keepin’ it classic with a throwback on Thanksgiving Day!
#DallasCowboys | #TBT pic.twitter.com/JfBwY9YK57

The NFL changed its rules again for the 2022 season, allowing for alternate helmets and thus for the Cowboys to make the change. Dallas fans lost their minds when the team broke the news.

Me, a hater of the Dallas Cowboys, really liking these white helmets https://t.co/8EJFXaXFtH pic.twitter.com/BbM6ypu1lC

Say what you want to about the Cowboys their White throwback helmets are some of the cleanest in the league https://t.co/MCLfiAO5LJ

The Cowboys will play host to the NFC East division rival New York Giants on Thanksgiving this season. The Giants, too, recently revealed they were bringing back iconic uniforms, and their fans were also all the way on board with the idea. On the other hand, a fellow NFC East foe in the Philadelphia Eagles is going with a more modern look and are getting absolutely fried for the change.

What we’ve learned today, folks, is that throwbacks are always the way to go.