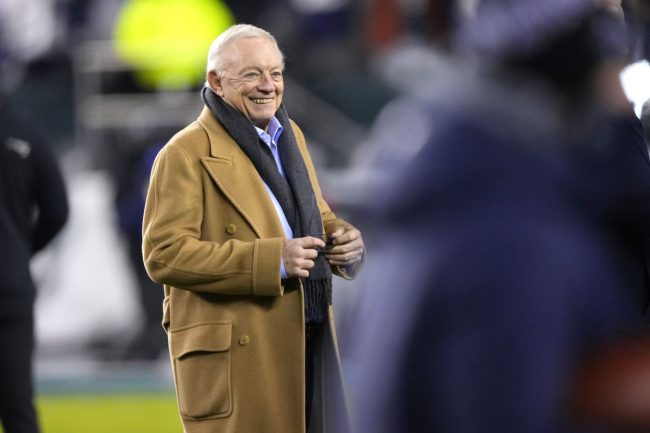 It’s been 26 long years since the Dallas Cowboys last won a Super Bowl. In that time, the franchise has been largely mediocre. In fact, Dallas has won just four playoff games in that span. The Cowboys are 4-11 in playoff games since beating the Pittsburgh Steelers in the 1996 Super Bowl.

The franchise hasn’t even sniffed an NFL conference championship game since that time (though Dez caught it). But doesn’t team owner Jerry Jones care?

We, if Sportico’s new franchise valuations are to be believed, probably not.

Sportico named the Dallas Cowboys the most valuable franchise in sports, listing their value at $7.64 billion, $630 million more than the New York Yankees, via @toddarcher.https://t.co/Y4fkNK9ExQ

That’s because the franchise is valued at an absolutely jaw-dropping $7.64 billion according the site. That’s more than half a billion more than the next most-valuable franchise, the New York Yankees.

According to the report by ESPN’s Todd Archer, “Sportico’s calculations are derived from interviews with more than 30 bankers, lawyers, team executives, owners and consultants as well as public documents involved in the sport. The average NFL franchise is worth $4.1 billion, up 18% over last year.”

The most-recent team to be sold was the Denver Broncos. The Walton-Penner family (of WalMart fame) reportedly bought the franchise for $4.65 billion. Perhaps ironically, the lowest-valued franchise in the NFL is the Cincinnati Bengals at $2.84 billion. The Bengals are coming off a Super Bowl loss to the Los Angeles Rams, who come in at No. 2, with a $5.91 billion price tag.

Football fans couldn’t help but see the irony in the Cowboys’ value being so high.

The most valuable team that can’t win anything to save their lives https://t.co/BYVZ0Bm4im

Quite a bargain…that's only $292 million for every year since their last Super Bowl win https://t.co/R1QV536Cdg

Dallas opens the regular season on Sept. 11 when it plays host to Tom Brady and the Tampa Bay Buccaneers.