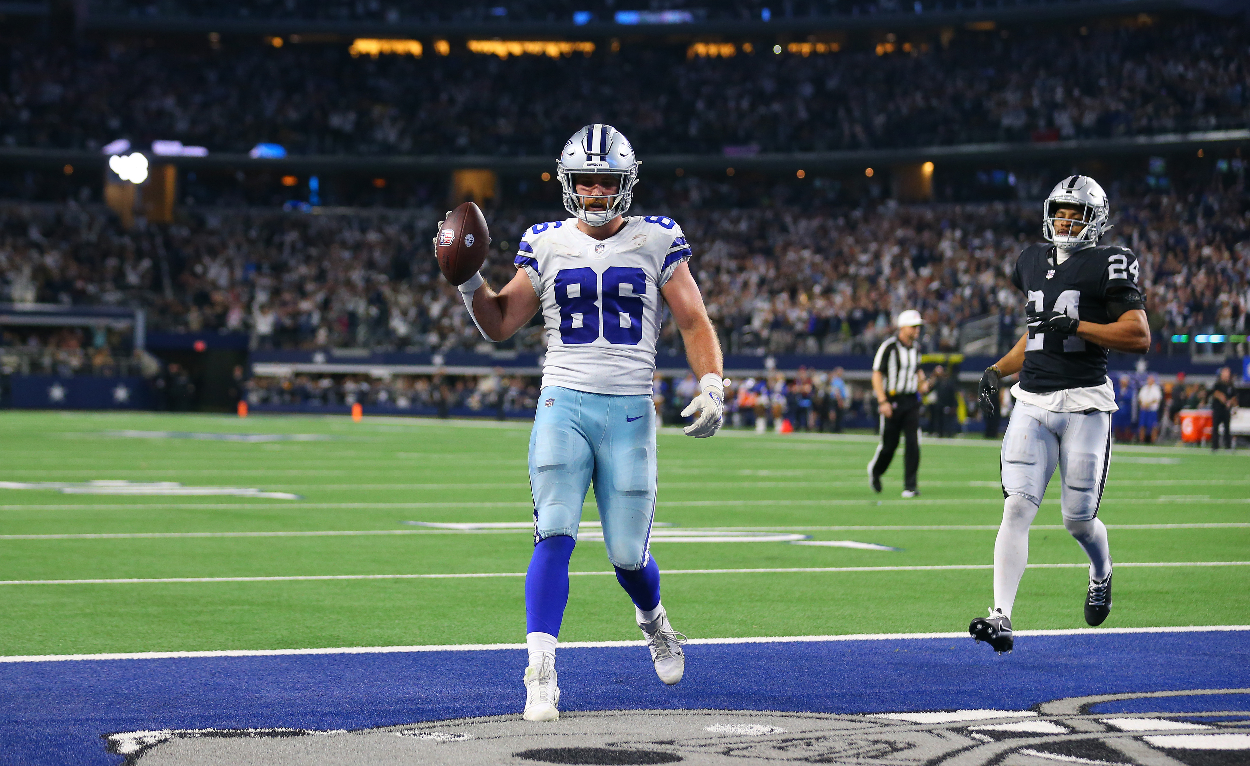 Dallas Cowboys tight end Dalton Schultz had a breakout season in 2021. The 2018 fourth-round pick out of Stanford was elevated to the starting job after an injury to Blake Jarwin and put up impressive numbers, catching 78 balls for 808 yards and eight touchdowns.

That resulted in the team franchise tagging him in the offseason, making him one of the highest-paid players in the league at his position in 2022 at $10.931 million.

But that’s not enough for Schultz, who wants long-term security in addition to securing the bag, especially after the Cleveland Browns inked tight end David Njoku to a massive four-year, $56.75 million deal that made him the league’s fifth-highest paid tight end on average.

The problem, then, for Schultz is that he massively outperformed Njoku in 2021. In fact, the nouveau riche Browns tight end caught just 36 balls for 475 yards and four touchdowns in 2021 as Cleveland sputtered. The new deal reportedly leaves Schultz feeling under-appreciated and more than that, underpaid.

In a recent piece for CBS Sports, Joel Corry stated that Schultz as well as Miami Dolphins tight end Mike Gesicki should be next in line for significant pay days.

That’s yet to come, and if NFL Network’s Tom Pelissero is to believed, it doesn’t appear that Schultz and the Cowboys are all that close to a deal.

Frustrated by the state of contract talks, #Cowboys franchise-tagged TE Dalton Schultz informed the team he won’t attend the rest of voluntary OTAs, per sources.

Pelissero goes on to state that the Njoku deal has served as the baseline for framework for any deal between Schultz and the team, as well as any potential deal between Gesicki and the Dolphins.

If the Cowboys can’t come to an agreement with their starting tight end, things could get rough for star quarterback Dak Prescott come the new season. Dallas traded Pro Bowl wide receiver Amari Cooper to the Browns early in the offseason, while second wideout Michael Gallup continues to rehab after surgery on a torn ACL. Schultz was expected to be a big part of the Dallas offense in 2022. Whether that’s the case going forward is yet to be seen.