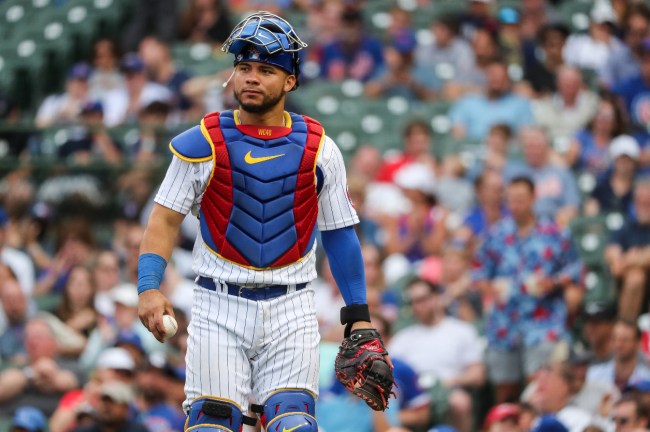 The MLB Trade Deadline is almost here. With it, rumors are picking up at high speed. Juan Soto is far and away the #1 trade target for just about every team in the MLB.

But, Chicago Cubs All-Star catcher Willson Contreras is another hot target for many teams. The Cubs are dwindling in the National League Central standings and figure to be sellers at the deadline, so Contreras might be out pretty soon.

On Tuesday, the Cubs and Pittsburgh Pirates faced off. The Cubs faithful gave Contreras a tremendous standing ovation in his first at-bat — and likely his final game wearing a Cubs uniform at Wrigley Field.

Watch this and prepare for chills.

Willson Contreras gets a standing ovation from Cubs fans in what may be his final home game with the team.

Contreras has played all five seasons for the Cubs, so leaving Chicago will be a weird feeling for both sides. Contreras got emotional when discussing the possibility of a trade the night before.

Willson Contreras has a .258 batting average with 14 home runs and 37 RBIs while being one of the best catchers in the entire MLB, so teams are expected to be very interested in his services.

The Cubs travel to San Francisco for a four-game series with the Giants starting on Thursday. With the San Diego Padres one of the teams interested in Contreras, maybe he stays in California after that.

Nonetheless, Willson Contreras got the farewell he deserves and will remember this moment forever.