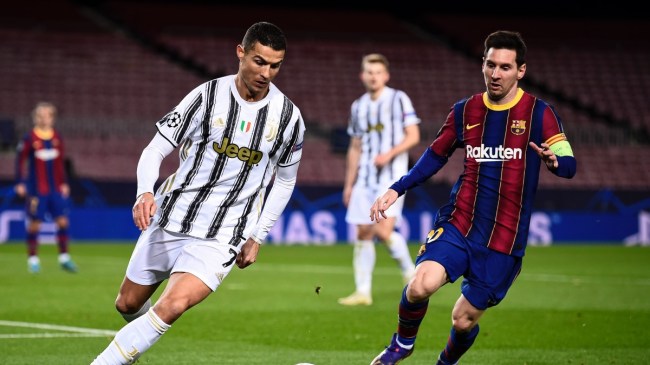 Cristiano Ronaldo’s interview with Piers Morgan has taken the international sports world by storm. The embattled Manchester United forward has been the source of controversy all season long. and it seems like Ronaldo is on his way out of the Red Devils.

All of that comes as the backdrop to the World Cup starting on Sunday in Qatar. It is expected to be the last for both Ronaldo and the other generational player of this era, Lionel Messi. The two have been linked for their entire career, especially when starring for Real Madrid and Barcelona. The two players have combined for an astounding twelve Ballon D’Or wins, the award given out annually to the world’s best player. They’ve been the defining forces of this era, and contrast in so many ways. Messi is diminutive at 5’7″, while Ronaldo looks tailor-made for any sport on the planet at 6’2″. And, with the great rivalry between Real Madrid and Barcelona, and Ronaldo being sponsored by Nike while Messi wears Adidas, it was a natural rivalry. Both players will be looking for the crown jewel of their career, as neither has won a World Cup.

During the interview with Morgan, Ronaldo was asked about Lionel Messi and gave maybe the most detailed answers on his fellow star he’s ever given.

Cristiano Ronaldo said Messi was the best player he ever played against.

Here are some of the Portuguese captain’s comments on Messi.

The respect Ronaldo has for Messi 🙌 pic.twitter.com/HszGgo6Gy9

Morgan went on to ask “Best player you’ve ever seen, excluding yourself?”

Probably yes. Probably, yes, that I play (against), fight with them.

Here is an extended version of the quotes about Messi.

He went on to say that while he’s never had dinner with the Argentinian, he would love to, adding that his wife is Argentinian.

Hopefully, we see these two in an epic World Cup Final in a few weeks.