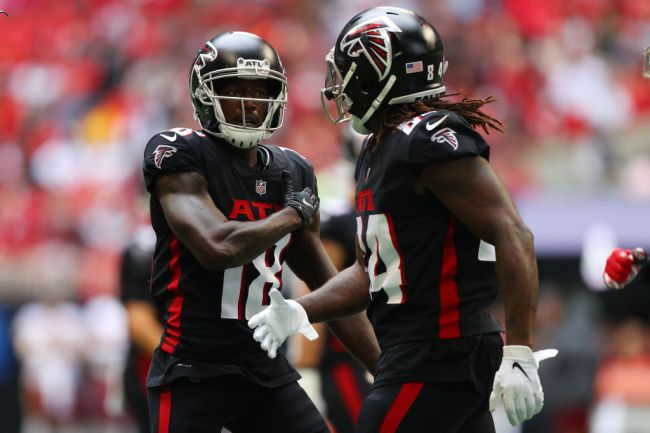 The NFL’s recent six-game suspension for Cleveland Browns quarterback Deshaun Watson has left many in the football world upset, including Atlanta Falcons running back Cordarrelle Patterson.

On Monday morning, the NFL finally punished Watson in regard to the dozens of sexual assault accusations leveled against him over the past year. However, the six-game suspension with no fine was much lighter than most were expecting.

Fans quickly pointed out the disparity between this suspension and other sanctions imposed by the league previously. In particular, comparisons were made to the one-year suspension given to Atlanta Falcons’ Calvin Ridley for betting on games.

Ridley’s punishment is already considered too harsh by many, especially when comparing his offenses to Watson’s. Even Falcons’ Cordarrelle Patterson added fuel to the fire by backing up his Atlanta teammate via Twitter.

Patterson’s message on the matter is loud and clear: Free Calvin Ridley.

The NFL suspended the Atlanta Falcons wide receiver back in March for at least one year after discovering that he had been gambling on his own games. The suspension came as a shock to fans and cost Ridley his $11.1 million salary.

When the star wide receiver’s suspension was first announced, fans quickly noted how severe the punishment was. Even NFL players who had much more serious offenses of domestic violence or banned substance use received less severe punishments. After Monday’s news, more fans were questioning the NFL’s decisions once again.

Even if the NFL changes its decision on Ridley, it’s unclear whether the Falcons’ wide receiver will rejoin the team. He stepped away from football last October to work on his mental health. With the NFL season starting in just a month’s time, the Atlanta Falcons will have to rely on other receiving options for the time being.