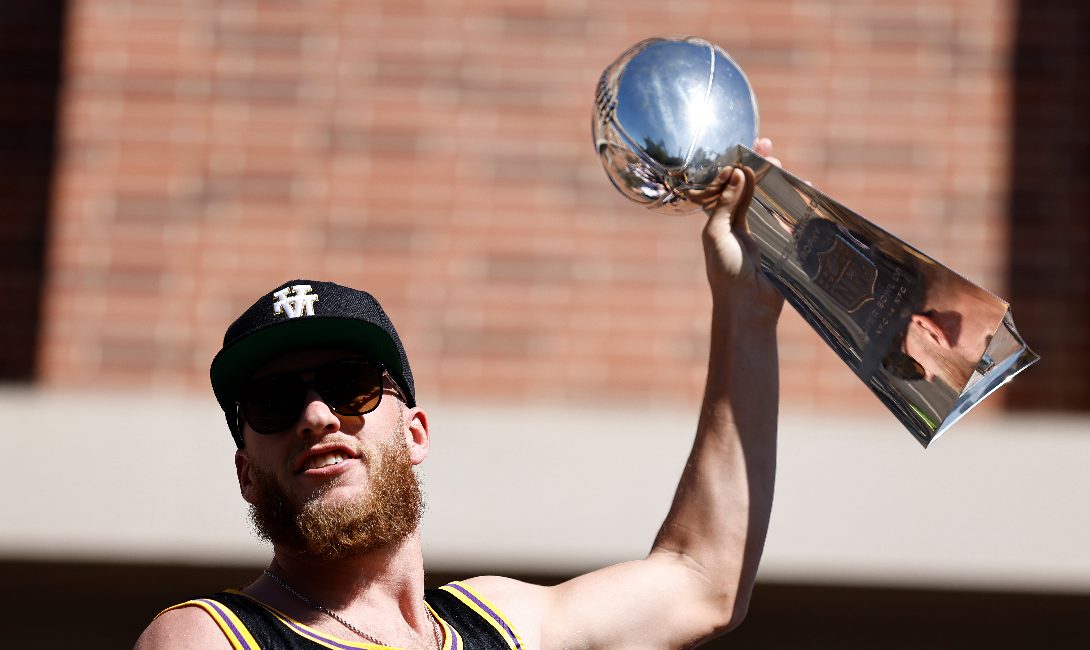 Reports began to surface Wednesday evening that Kupp was in line to receive an extension that would take him over the $20 million mark per year.

Sources: The #Rams and Super Bowl MVP Cooper Kupp have made significant progress on a new contract extension to pay him among the highest-paid WRs in the NFL. Likely a 3-year deal, it would hand Kupp well past $20M per year based on the new money average.

Los Angeles has been able to continually bring in big name free agents and sign its star players to extensions despite being up against the league’s salary cap. Though it’s all within the structure of the league’s current rules.

Fans across the league, however, are suspect of their tactics.

Someone explain the salary cap for the love of god https://t.co/Ce8zjO1379

Salary cap is a myth. https://t.co/scdP1s0vTd

where is the salary cap fam https://t.co/Oywzc7vpjm

What is a salary cap? https://t.co/vVDLnijwpm

Rams fans have continued to take pleasure in the dismay of fans of the other 31 teams’ fans.

And it’s always fans that talk a lot of trash every season while their teams are continually disappointments. Ultimately, they’re just mad cause their team can’t replicate the success of the Rams. 🤷🏾‍♂️ https://t.co/hrk4T6RJN6

People that keep asking about how they do this with the cap, are proving they don't actually know how the NFL works lol https://t.co/aoTsHnSDRs

Les Snead when someone says he’s out of salary cap magic pic.twitter.com/AOuVwp0ery

Good luck to the rest of the league now that Kupp and Donald are back in the fold in Los Angeles.