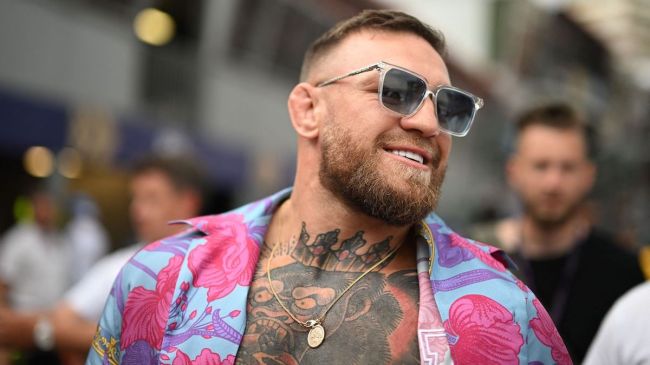 UFC star Conor McGregor has never been afraid to speak his mind on individuals that he’s not a fan of, but he may have crossed a line when firing shots at social media sensation Hasbulla.

During his rise to internet stardom, Hasbulla Magomedov, who suffers from Dwarfism, aligned with former UFC champion and fellow Dagestan native Khabib Nurmagomedov. So it’s no surprise that McGregor has been a routine target of his trolls.

It appears McGregor is finally upholding his side of the beef and responded on Wednesday. The Irish UFC star took aim at Hasbulla’s small stature in a series of since-deleted tweets.

The beef we never saw coming 👀 (via @TheNotoriousMMA) pic.twitter.com/MRqwX4w7uV

It starts off like any other Conor McGregor attack as he declares his wishes to essentially punt Hasbulla. It’s slightly absurd and definitely disrespectful, but it could be worse. Unfortunately, it does get worse with McGregor calling the TikTok star a “little smelly inbred.”

With the tweets now deleted, it seems McGregor, or more likely someone in his camp thought he’d gone too far as well. It’s not the first time either. McGregor posted and deleted similarly tasteless tweets regarding Khabib in 2021.

As one may expect, Hasbulla saw the insults and fired back on Twitter. He wasn’t about to back down and even threw his own jabs at the Irish fighter.

I don’t follow bums… didn’t know someone was running their mouth.

@ me next time @TheNotoriousMMA 🐈🐈

Hasubulla went on to poke fun at McGregor’s failure to keep an undefeated record. He also recently posted a video showcasing his new pet chicken, whom he named after McGregor as a troll. Perhaps, that’s what set the Irish fighter off on his rant.

However, if McGregor wants a piece of Hasbulla, he’ll have to go through UFC Featherweight Champion Alexander Volkanovski, who recently linked up with the TikTok star.

You’ll have to go through me first, Leave my mate alone @TheNotoriousMMA pic.twitter.com/2kGet6kj9s

McGregor is currently still rehabbing from his brutal leg injury suffered during his second fight with Dustin Poirier. Fans will likely not see him return to the Octagon until late 2022 or early 2023.

With Hasbulla likely continuing to tease him in the meantime, this beef is probably far from over.