The Washington Commanders Are Getting Blasted For This Classless Statement 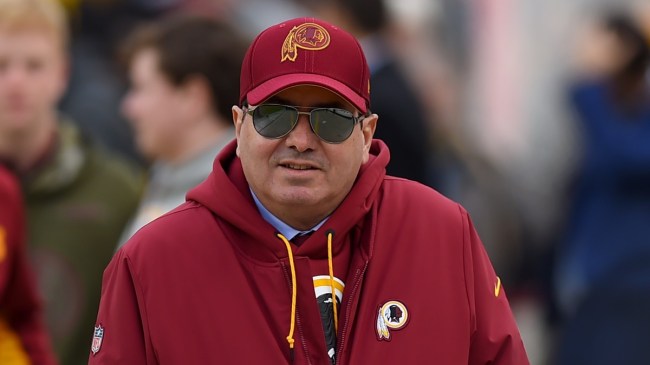 The Washington Commanders saga has been covered ad nauseam everywhere in the media, including here on Highly Clutch. But, if you’ve been living under a rock, let’s review. Team owner Dan Snyder is being investigated by both the NFL and multiple law enforcement bodies for wrongdoing. This comes after a Washington Post article reported a terrible work culture inside team headquarters in 2020.

Things are not going well for him and his wife Tanya, to say the least. And, on November 2nd, the team announced they had hired Bank Of America to help explore selling the team. Then, later that day, the US Attorney’s Office for the Eastern District Of Virginia announced an investigation into the team. That’s coupled with the investigation into the team by Washington D.C. Attorney General Karl Racine. And, on Wednesday, news broke that there would be a press conference regarding the D.C. investigation. Naturally, the franchise came out with just about the least classy statement they could.

Here is the statement.

The player that was shot is Commanders’ running back Brian Robinson. He has returned to play. And, the terrible robbery-gone-bad has really nothing to do with any of these investigations. Rather, it’s a ploy by the Commanders to put the blame on someone else for the franchise’s shortcomings. It’s not going to work.

Everyone is furious at the statement

Unsurprisingly, a statement as terrible and vapid as this is going to get a lot of negative attention.

Up until an hour ago, the Commanders handled the Brian Robinson situation with so much care, sincerity and class. And I was so grateful for all of it.

Although I know that there are some great humans in that building, whoever is hiding behind this statement is not one of them. https://t.co/cnD0DtUfqm

And, plenty of sports media personalities did as well.

What an absolutely disgraceful response by the @Commanders organization.

To bring the shooting of RB Brian Robinson in this to try and deflect attention from the issue is beyond cowardly.

This is disgusting. Used to Snyder being trash, but using your running back who was shot to “whatabout” is a new low for the Commanders. https://t.co/6b7hNs9xrK

I don't know if tonight's Commanders statement is the worst they've ever released but its certainly my least favorite.

Making Brian Robinson re-live one of the great tragedies of his life is the worst part. They're also demanding the AG do something that isn't his job. So bad.

I could go on and on with these tweets, but you get the picture. Dan Snyder and company, stink, no one likes them, and he’s going to have to sell the team. It can’t come fast enough for Commanders fans.