The Washington Commanders Have Decided On A Quarterback As Controversy Looms 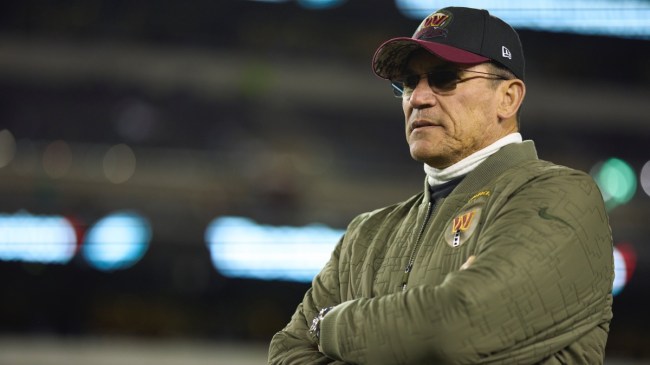 The Washington Commanders have seemingly been searching for answers at quarterback for decades. This season has not been any different. They traded for Carson Wentz in the offseason to replace Taylor Heinecke. But, Wentz was mediocre before getting injured on October 13th against the Bears.

Heinecke filled in admirably. He’s gone 3-1 as a starter and beat the undefeated Eagles on Monday night football last week. Wentz is expected back from his broken finger very soon. But, with the way Heinecke played, coach Ron Rivera had a decision to make on who he wanted to roll with going forward.

The Washington Commanders will stick with Heinecke

The #Commanders plan to start QB Taylor Heinicke moving forward, his job until performance necessitates a change. With wins in 3 of the last 4 games, he has earned it.

Here’s an excerpt from his article.

What started off as a potential controversy has been anything but. And that’s the best news for the Commanders.

It’s why Taylor Heinicke is expected to be the quarterback moving forward.

Heinicke will start today against the Texans, with Carson Wentz not quite ready to return from his finger injury . And as one source explained, Heinicke will remain the starting QB until he’s not. In other words, until there is no choice but to make a move.

Heinicke took over for Wentz after Week 6 and has led a stunning turnaround for Washington, winning three of his last four games including a shocking double-digit win over the previously undefeated Eagles on the road. He hasn’t been perfect, but the right blend of toughness and knowing when to go for it has been what the Commanders have needed.