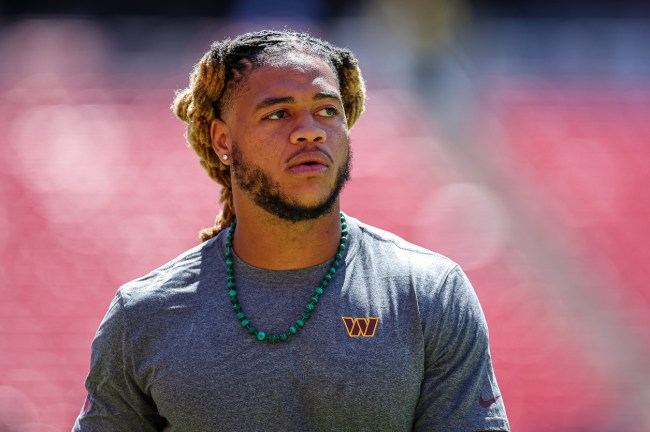 The NFL season is almost here, and in a few weeks, we will have a full slate of games being played. However, the Washington Commanders got some unfortunate news regarding their defense star and former No. 2 overall pick Chase Young.

On Tuesday, Ian Rapoport of NFL Network reported that Chase Young is headed to the Reserve/PUP list, meaning he is out for AT LEAST the first four games of the season.

The #Commanders have moved pass-rusher Chase Young to Reserve/PUP, meaning he’s out 4 games and potentially more. They’ll need him 100% healthy before he’s active.

This is another unfortunate turn in Young’s career. When he’s healthy, he is one of the most terrorizing pass rushers in the league. The biggest problem is he hasn’t been healthy lately.

In his rookie season, he played 15 games and registered 7.5 sacks. In 2021, he played just nine games with 1.5 sacks and saw his season end early after suffering a torn ACL in Week 10.

Now, he is set to miss at least four games, and it could be more if he doesn’t recover well. Commanders fans aren’t taking this news lightly, either.

This franchise has committed a lot of sins but potentially ruining Chase Young has to be up there https://t.co/pk1BiU2kF6

It has just been a brutal run for #2 overall picks the last few years https://t.co/JtQ8aSacSk

It really continues to go alarmingly in the wrong direction for Chase Young and Washington https://t.co/DEHcEsxtiF

The Commanders’ first four opponents are as follows, in order: Jacksonville Jaguars, Detroit Lions, Philadelphia Eagles, and the Dallas Cowboys.

So, Young is out for two divisional games, and there is a chance that he misses even more time depending on how he progresses. Let’s see what the Washington defense looks like without him.