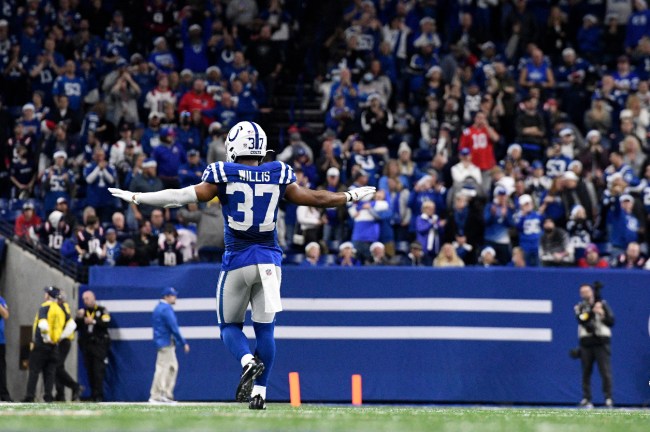 Early retirement in the NFL continues to take place at a rapid rate. However, the latest one is for a different reason than the others. Indianapolis Colts safety Khari Willis has decided to hang up his cleats after just three seasons in the NFL.

This is something we don’t see every day.

Willis wrote a long post on Instagram and revealed his reasoning behind his early retirement — he wants to do the work of Jesus Christ.

#Colts safety Khari Willis is retiring after three seasons. He explains why 👇👇👇 pic.twitter.com/F8aac44Ecp

Willis started 33 games for the Colts but clearly has other plans for his life — and much respect for him. The decision hurts for Colts fans, but one can’t help but wish Willis the best of luck in his new endeavor.

Good for anyone who follows their passion. Good for the Colts on being proactive too.

I’m not religious at all, but honestly that’s amazing for him. When inspiration knocks you’ve gotta answer the door.

Khari is such a great dude! Best of luck on a noble and important career change. https://t.co/VtRzeLJDM1

This leaves a hole in the Colts’ secondary, but head coach Frank Reich should be quick to try to find a capable replacement for Willis.

All in all, let’s wish Willis the best of luck going forward.