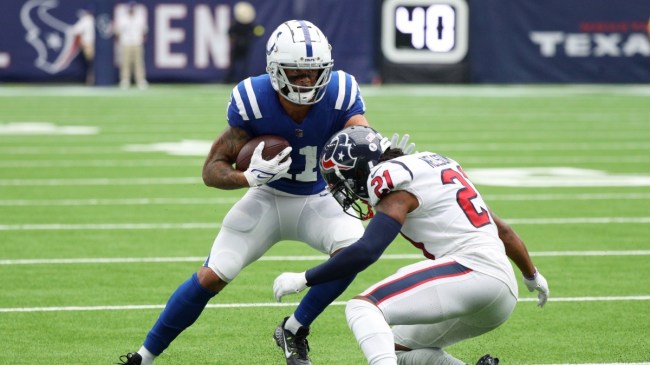 In week one, the Colts tied the Texans 20-20 in what has to be a disappointment, given the weakness of Houston. But, it was a great day for one of last year’s breakout wide receivers, Michael Pittman.

Pittman dominated the Texans’ secondary. He had 9 catches for 121 yards and a touchdown and was physically dominant. But, he picked up an injury in that game, and the news on it is not good.

Pittman is battling a quadriceps injury. That can be pretty problematic for wide receivers who need to be able to explode and change direction. He was limited in practice on Wednesday, but Thursday’s news was not good.

That doesn’t sound great for Pittman’s availability against the Jaguars on Sunday. Without him, the Colts’ passing game becomes significantly worse as no other wideout had more than three catches a week ago.

It’s not good news for Colts fans or Pittman fantasy owners. Not only could he miss this week, but injuries like that have the tendency to linger for a while and could cause issues down the road.

As I said earlier, the receiving options are not good at all if Pittman is out.

The Colts top receivers without Pierce and Pittman are 🤢 https://t.co/qCjoVFI91n

Colts might be down their two best WRs and best DT and pro bowler CB… https://t.co/zA9BoplQkx

@dmo_derek echoes a sentiment we all think at least once during the NFL season.

Hopefully for Indianapolis fans and fantasy owners alike, Pittman can find a way to play this weekend.