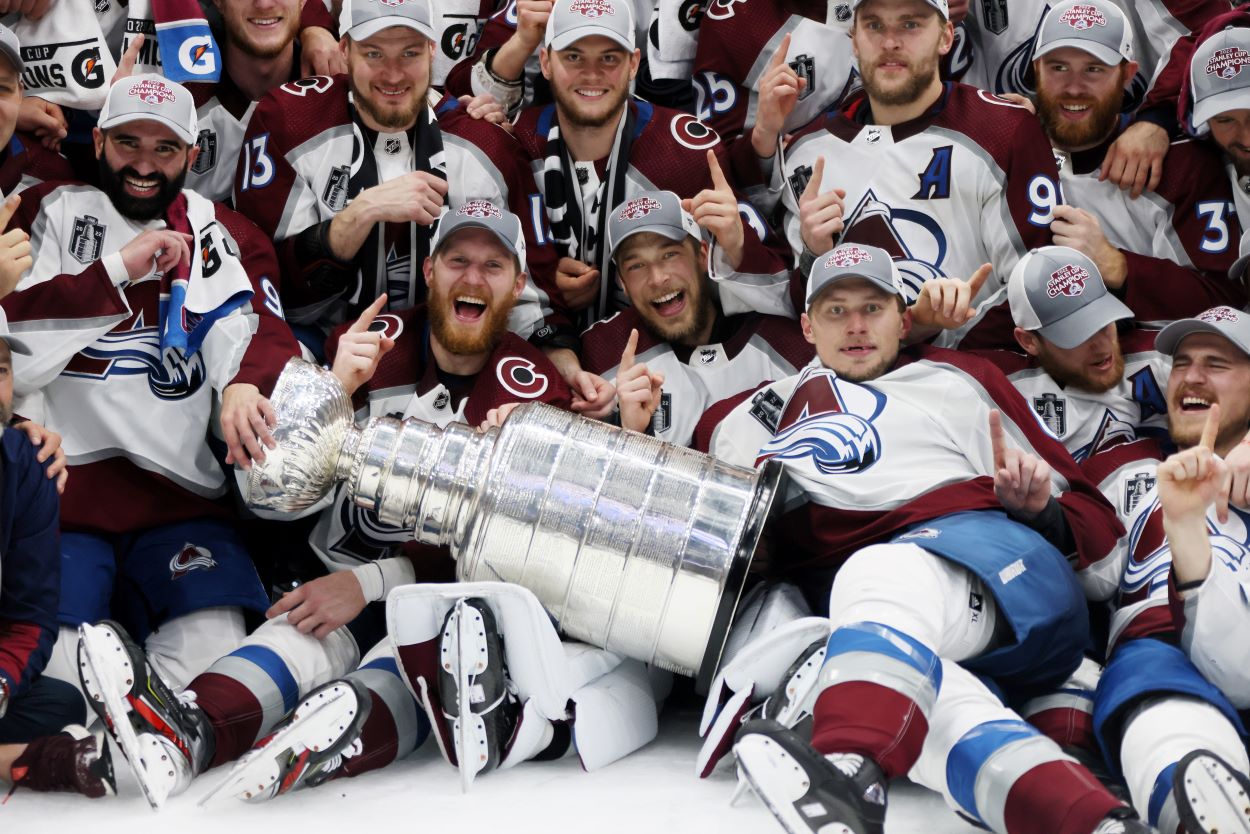 The Stanley Cup trophy is, for my money, the best trophy in sports.

But the trophy has seen some rough times. In fact, there are actually three Stanley Cup trophies in existence.

The Colorado Avalanche won one of them on Sunday night. The Avs defeated two-time defending Cup champion Tampa Bay, 2-1, in Game 6 of the Stanley Cup Finals to win the series, 4-2. But the celebrations may have gone a tad be overboard.

After lifting the Cup and skating it around the rink as if customary, Avalanche forward Nicolas Aube-Kubel looked to skate it back to his teammates for a team picture.

The only problem? He didn’t make.

Instead, Aube-Kubel tripped and he, as well as the Cup, slammed to the ground, completely caving in one of the sides.

Get the tools out. They already damaged Lord Stanley. 😬#StanleyCup pic.twitter.com/m3rrZxDzzM

It didn’t take long for Hockey Twitter to catch on and start laughing at the Avs and the hilarious situation.

is that a dent already 😂 pic.twitter.com/ZTDrPLt7pG

Yeah, I mean they dented the Stanley Cup a wee bit pic.twitter.com/m9YrEAs6Wu

The Cup, like hockey players, is noted for its toughness. It’s actually got an extensive history of poor treatment by its holders. But the fact that Colorado managed to put a giant ding into it before even settling in for on-ice pictures is just gold.

But hey, it’s nothing that won’t buff out, right?