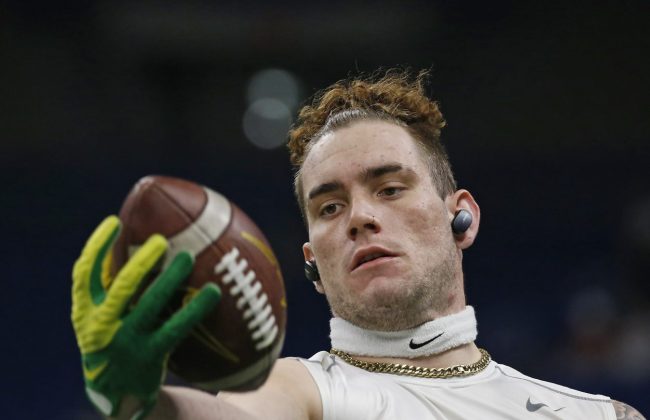 The University of Oregon football program suffered an unimaginable tragedy on Wednesday, Tight end Spencer Webb, who was just 22 years old, passed away after a tragic cliff-diving accident. News first broke of the accident on Wednesday night with the Lane County Sheriff’s office confirming the incident on Thursday morning.

The 6-foot-7, 240-pound California native was a rising junior for the Ducks and coach Dan Lanning. In 2021 he caught 13 balls for 87 yards and a touchdown.

“My best friend. My twin flame. The love of my life. I’ve never loved anything as much as I love you. You were my everything, you gave me purpose. You showed me what it’s like to be cherished and valued and seen for me. We had so many big plans. I don’t know where to go from here, but I know you’ll be watching over me keeping me strong. You always put everybody else before yourself and I’ll try to hold the same kindness in my heart. From this life to the next one, baby, I love you so much and I’ll find you again.”