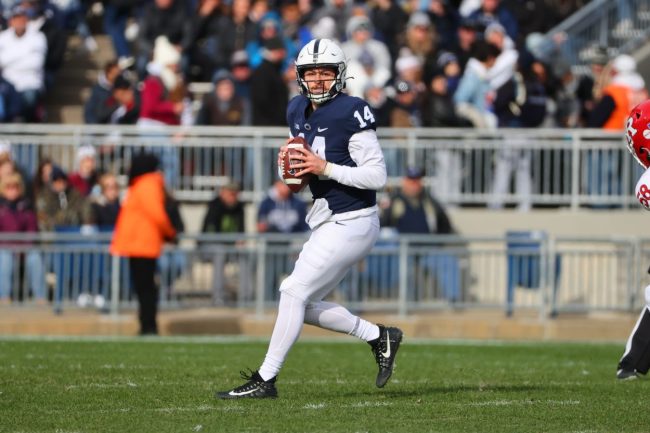 UNC’s Mack Brown: “There have been more changes in college football in last 3 years than my previous 45 years”

The introduction of the transfer portal followed by name, image and likeness legislation has completely turned the sport on its head. Now that may be about to happen again.

Clifford, a four-year starter for the Nittany Lions, is already changing the game by becoming the first active college athlete to form his own NIL agency. Clifford’s “Limitless” agency already has a number of clients and has inked thousands of dollars in endorsement deals.

EXCLUSIVE: College football players are unionizing, and the first chapter will be at Penn State.

The College Football Players Association is already in negotiations with the Big Ten.

Clifford is at the heart of a project looking to form a college football playoff union, according PerfectUnion.US, a website that covers labor issues. The College Football Players Association, as its been dubbed, is reportedly already in talks with the Big Ten Conference.

“I think that it’s all about two things,” Clifford said. “The players that are here currently, seeing how football wears on them. And then secondly, the players that have came and gone, the medically retired players. I think of Journey Brown who’s my neighbor currently and one of my best buddies. The game was taken from him earlier than he expected. And it’s tough for guys like him to be able to continue on and figure out what the next step is. And I think that that’s important.”

Brown, who Clifford referenced, was a star running back for the Nittany Lions. He medically retired prior to the 2020 season following a heart condition discovered during a routine COVID test.

College football players last attempted to unionize in 2015, led by Northwestern quarterback Kain Colter. The attempt was unsuccessful, but it laid the groundwork for major advancements in the coming years. Advancements that could be key to Clifford and company’s attempts to form a union this time around, a move that would indelibly change college football.