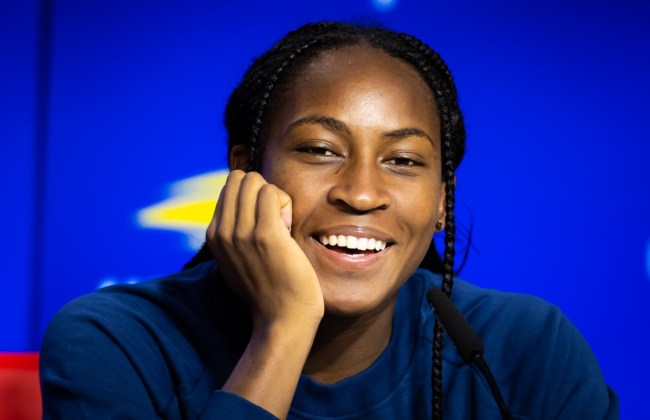 On Friday we saw the GOAT of women’s tennis, Serena Williams retire after her epic third-round, three-set loss to Anja Tomjlanović.

The greatest to ever do it.

But, 18-year-old Coco Gauff seems like she is ready to be the star of American Tennis and take the torch from Serena after reaching the quarterfinals of the US Open for the first time.

The greatest to ever do it.

Gauff has had high expectations for awhile

Gauff, whose actual first name is Cori, trained at the Moratoglou Academy owned by the former coach of Serena Williams, Patrick Moratoglou. She then became the top-ranked junior player in the world, and her junior career was capped off by a title at the French Open Girls’ Tournament over Caty McNally at only fourteen years old

Her big break onto the scene was her run to the fourth round at Wimbledon in 2019, where she beat Venus Williams en route to the round of 16, losing to world number one Simona Halep. She was the youngest player to ever make the main draw at Wimbledon, at just fifteen years and three months old.

Coco Gauff Breaks Through in 2022

Gauff has played the best tennis of her short career in 2022, highlighted by a run to the finals at the French Open in both singles and doubles but lost both finals. Still, the now eighteen-year-old had started to show she was one of the world’s best players.

She defeats Coco Gauff in straight sets to capture the title. #RolandGarros pic.twitter.com/PBZTfzRiZ2

Gauff has been dominant in Flushing Meadows through four rounds, having not dropped a set, despite playing against some excellent players, including a dominant third-round win over grand-slam finalist Madison Keys, 6-3, 6-2.  She beat Zhang Shuai 7-5 7-5 to make her first US Open quarterfinal. She will play on Tuesday against Caroline Garcia to make the semis in what will be a hot ticket that could even rival the prices we saw from Serena’s matches earlier this week

Gauff’s game looks good enough to win the tournament. Her movement is the best in the sport and she’s showing newfound consistency with her forehand, the weaker of her two groundstrokes. Buzz is building that this could be her big breakout.

@JulieEngbrecht is one of those people who thinks Coco Gauff can raise the trophy in Arthur Ashe Stadium come the end of the week.

She can win this thing! #CocoGauff

It remains to be seen if she will, but it would be quite the story if she could get it done the same tournament Serena steps away from the game.