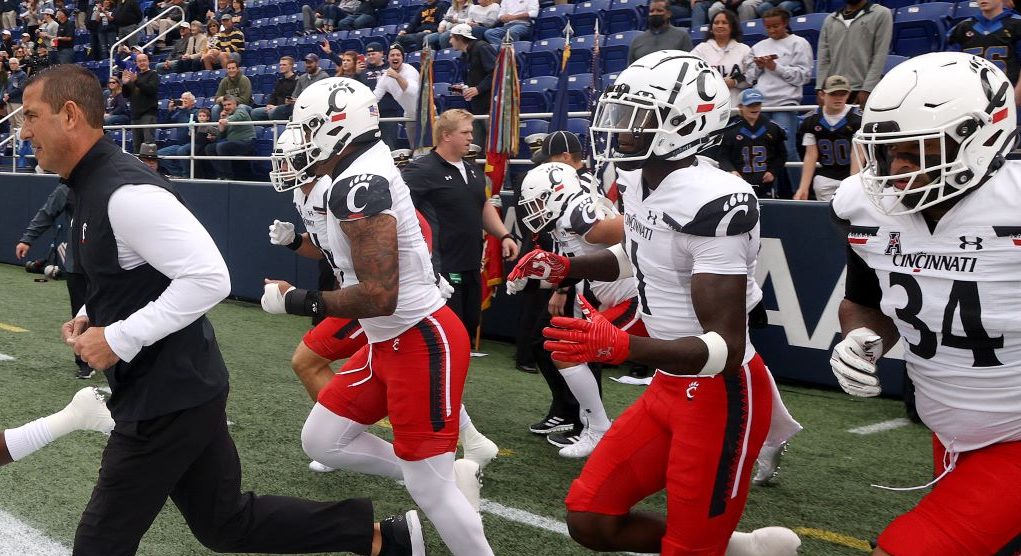 It’s a good time to be a fan of the University of Cincinnati.

The Bearcats crashed the 2021 College Football Playoff. Head coach Luke Fickell is a rising star in the industry and turned down other jobs to stay with Cincy. And the university just announced that it will be joining the Big 12 Conference.

Cincy is leaving the American Athletic Conference for the Big 12 and is doing so quicker than anyone expected. The university will then join the Big 12 on July 1, 2023. The announcement comes via a hype video on the athletic department’s official twitter page.

The move is set to include all of the school’s 18 varsity athletic programs across both men’s and women’s sports.

Cincinnati Not The Only Program Leaving

Following the loss of premier programs Oklahoma and Texas, the Big 12 has embarked on a drastic rebuild.

BYU is also set to join the conference in 2023.

Bearcats Fans Are Pumped Up

Cincinnati fans have had a lot to cheer about over the past couple years and that only continued with Friday’s announcement. It’s safe to say that the Bearcat faithful were amped up about the move.

TIME FOR THE VICTORY LAP! https://t.co/y9a4hi2Uev

Fickell and Cincinatti enter the Big 12 as one of the league’s best programs with the Longhorns and Sooners headed out the door.