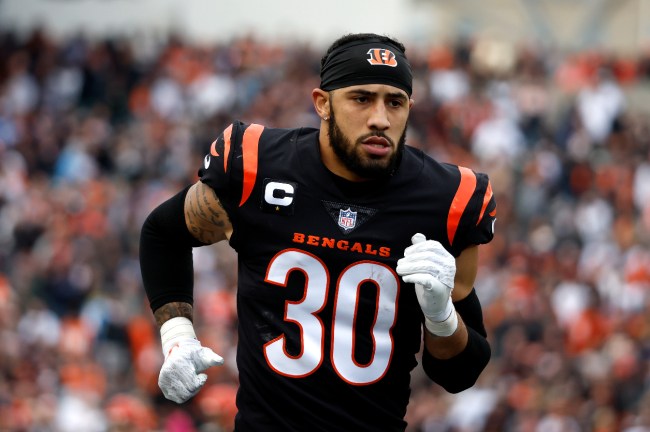 The Cincinnati Bengals had a magnificent run in the 2021 season. Joe Burrow led the Bengals to a Super Bowl trip and a near-victory against the Los Angeles Rams.

Now the Bengals have retooled their roster a bit in hopes of making another run at the Lombardi Trophy. However, the 2022 season might begin without their best defensive player: Safety Jessie Bates.

The Bengals placed the franchise tag on Bates in the offseason and aimed to get a long-term deal done. However, according to Josina Anderson of CBS Sports, the two sides couldn’t reach an agreement, and now Bates will sit out training camp and perhaps the season in hopes of a lucrative contract.

I'm told #Bengals S Jessie Bates has no intentions of reporting to training camp, nor playing on the franchise tag, per league source.

The two sides are currently unable to come to terms on an extension on today's deadline for long-term deals for players designated with the tag.

This is tough news for Cincinnati, and the defense will take a giant hit if Bates doesn’t play. We have seen Kansas City Chiefs OL Orlando Brown Jr. and Dallas Cowboys tight end Dallas Schultz also fail to land long-term deals as franchise tag players on the same day.

But, there is an argument that Bates is more important to his team than the others.

The Bengals’ Offer To Jessie Bates Isn’t Going Over Well

Bates wants to get paid, plain and simple, and the Bengals reported offer is a bit disrespectful to one of the best safeties in the NFL.

When Ian Rapoport reported the contract details, Bengals fans weren’t happy about it either.

This didn’t go over well with Bengals fans.

Oh brother 🤣 should’ve just traded him before the draft at if that’s what we’re offering https://t.co/kNZaddsTQ1

Just a tough situation that happens when you have a good roster.

Yes the Bengals made it to the SB last year, but does anyone completely buy in that their organization will be able to maintain it?…that’s why I pause on them even within their own division https://t.co/0pFHD6kJkr

The Bengals selected Daxton Hill during the 2022 NFL Draft hinted at this, but now it’s official. Will the two sides be able to get a deal done? Who knows.

For now, this is troubling for Cincinnati.