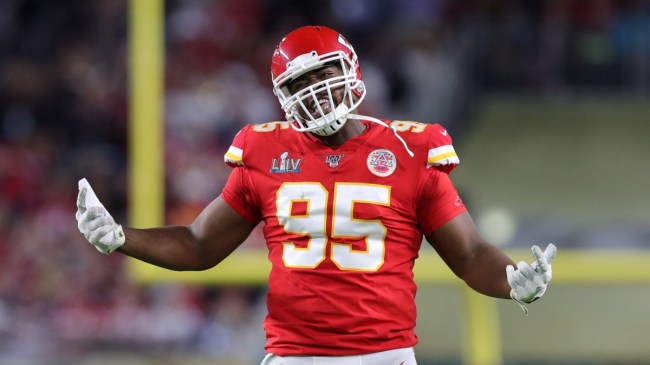 It’s been quite the weekend for controversy over roughing the passer. As we know, the rules on how quarterbacks can and cannot get hit have changed frequently. A lot of people hate it, but it does keep quarterbacks on the field. And, if you’ve watched the Chicago Bears this year, you know that games with bad quarterbacks are intolerable.

But, on Sunday, on a crucial play late in the Falcons-Bucs game, Tom Brady drew this roughing the passer call.

This may be the WORST roughing the passer penalty I’ve ever seen. Embarrassingly bad call. The Falcons got screwed.

Now, with Tom Brady involved, people are going to be mad because they don’t like Tom Brady. The evidence points out that Brady actually gets less roughing calls than he should, but that’s beyond the point. Another call, this time worse, happened in the Monday Night Football game between the Chiefs and Raiders.

You truly have to see it to believe it.

Do you agree with this roughing the passer call? 🤔

The Chiefs got a sack and forced a fumble here.

It was called Roughing the Passer.

This rule HAS to change. It’s football. #MNF

My goodness. Sure looks like a clean strip sack to me.

Troy Aikman, who is in the booth doing color commentary for ESPN, was furious.


He might get a talking to for that tomorrow.

Plenty of others had responses to the play.

That was just a complete disaster. Officially worst call I’ve ever seen. Period. Not debating it. Awful.

Micah Parsons, the current frontrunner for defensive player of the year, also had his say.

The nfl is terrible!!! Change the rules or just make the league 7 on 7!!

Lawrence Taylor, the player that Parsons is basically a clone of, also thought it was ridiculous.

This is certainly going to ba topic for discussion all week.