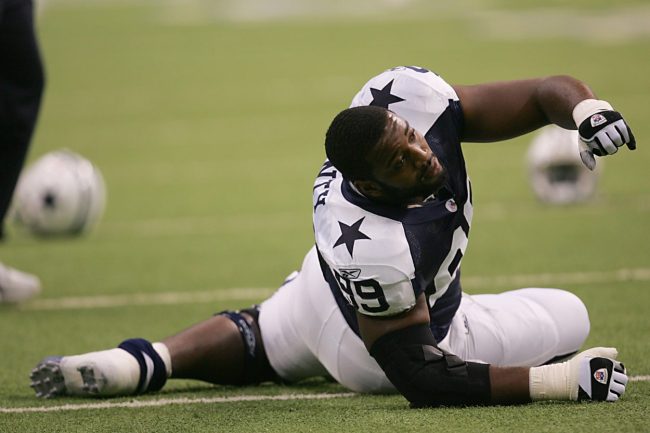 Chris Canty spent the first four years of his NFL career with the Dallas Cowboys. The organization selected the defensive end with a fourth-round pick in the 2005 NFL Draft.

But Canty may not be allowed to step foot back in Dallas after dropping an absolutely nuclear take on ESPN’s Get Up on Thursday morning.

Canty revealed his list of the top five most overrated players in the NFL today, and the list was shocking. Right at the top was Dallas Cowboys quarterback Dak Prescott, who is a two-time Pro Bowl selection. Joining him are Carolina Panthers running back Christian McCaffrey, New York Giants running back Saquon Barkley, and Los Angeles Chargers defensive duo Khalil Mack and Derwin James.

Canty’s controversial list got exactly the reaction he was likely hoping for. Everyone from fans, to fellow TV analysts and former players jumped at the opportunity to take their pound of flesh.

I’m all for everyone having opinions. It’s essential to make good TV. That being said, I’ve been on site for every game of @DerwinJames NFL career & he does stuff no other player can do. He’s a certifiable freak show. Have a great weekend everybody. https://t.co/zg9bmALyqY

I actually agree with 3 of these 👀 https://t.co/jFRpjoWKH2

Cowboys fans were obviously unhappy to see their franchise quarterback at the top of the list. But it was actually Chargers fans, who had two of their players on the list, who seemed most upset.

James has struggled to stay healthy. The star safety played just 20 games combined in 202 and 2021. But when he’s on the field, he’s been one of the best in the league at his position and is a turnover machine. He’s made the Pro Bowl in two of his three NFL seasons.

Mack, meanwhile, is a six-time Pro Bowler who missed the final 10 games of the 2021 season following foot surgery. The Chargers acquired Mack via trade in March. He and Joey Bosa are expected to form one the league’s most formidable pass-rushing combos.