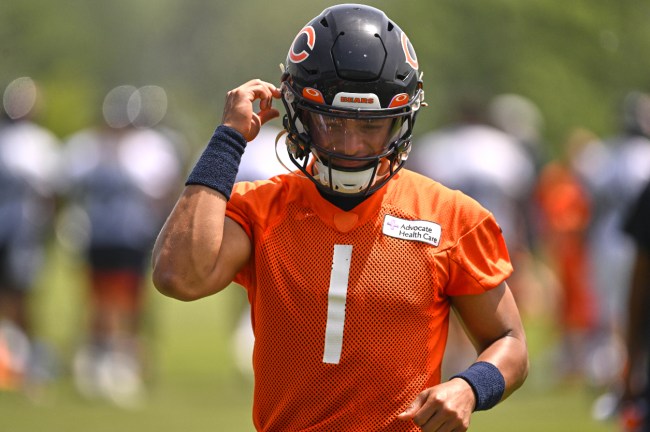 Teams across the NFL are releasing new helmets and uniforms, with Opening Day still a way out. Some have been smashing hits — such as the Cincinnati Bengals’ white uniforms. Others have been not so splashy, and the New York Jets got ripped apart for theirs.

We can now add the Chicago Bears to this list of teams to release new lids. Here are the all-orange uniforms they will wear a couple of times during the 2022 season.

There you go. Unfortunately, many fans aren’t thrilled with this combination and ripped the team for these.

I vote they add orange pants and just embrace the ridiculous look https://t.co/aAQTVnGNZ7

These are terrible and i’m not even being bias 💀 https://t.co/aEQOlEYgFc

The ugliest football jersey of all time https://t.co/uNzTC1tILg

And here’s the Bears with proof not everyone should have alternate uniforms. https://t.co/AF2c6CuGDs

Not everybody hated this combination, although most aren’t fans of the all-orange look.

Some called them the Cleveland Browns or Denver Broncos. They don’t look like the Chicago Bears we are used to seeing.

The orange helmets are a nice touch, but orange on orange? That’s where they lost a ton of people.

The Bears aren’t expected to win many games this season, although everybody will be watching Justin Fields in his sophomore season. The NFL is slowly rolling out new uniforms, and many teams are waiting to release theirs. We will wait and see on everybody else, but this has to be one of the worst revealed so far.